Popular Festivals in Northeast India that You Should Visit in 2022

Popular Festivals in Northeast India that You Should Visit in 2022 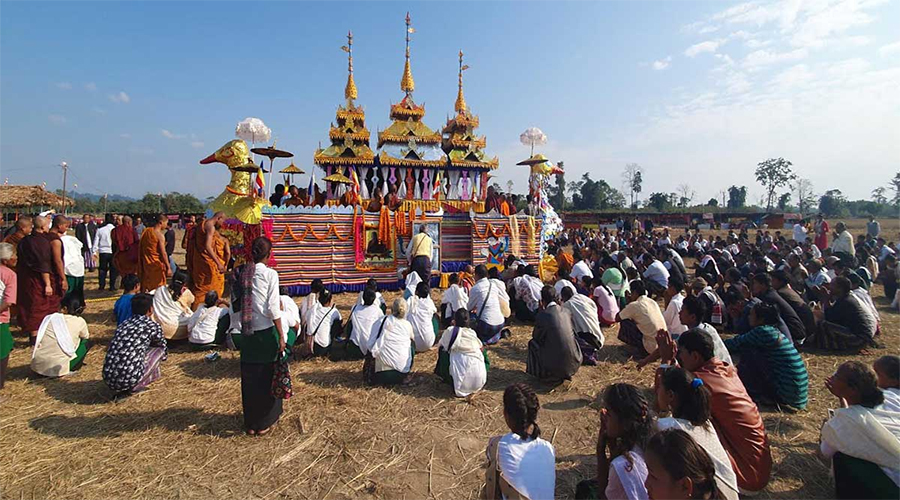 Make a tour plan for North East India or book one of the many North East tour packages. These festivals are just what you will need to feel and experience the rich culture that thrives in this remote part of India that we call the Seven Sisters. 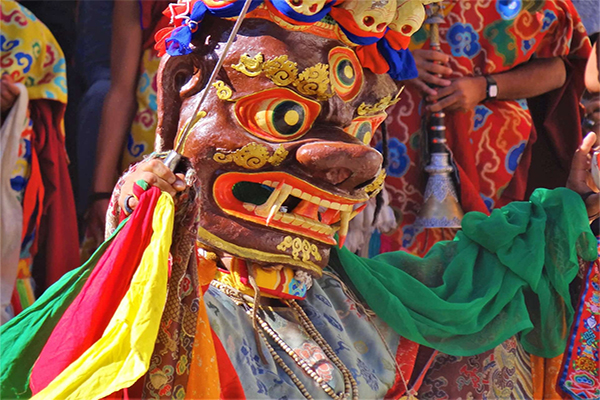 Losar is a three-day festival that takes place in Arunachal Pradesh. Tribes like Khamba, Memba, Monpa, Sherdukpens, and Na celebrate this festival. Losar is celebrated each year in February. The first day is when grains are offered to local gods. The second day is a day when kings are honored. On the third day, Dharmapala, or the high priest is honored by offerings and prayer flags are mounted on top of houses. Though the festival ends in three days, the festivities keep on going for 10 or 15 days. 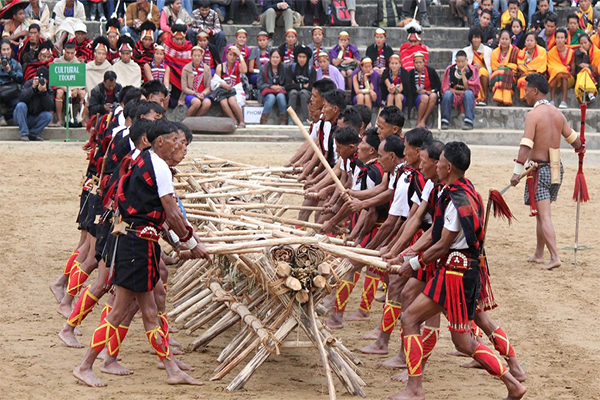 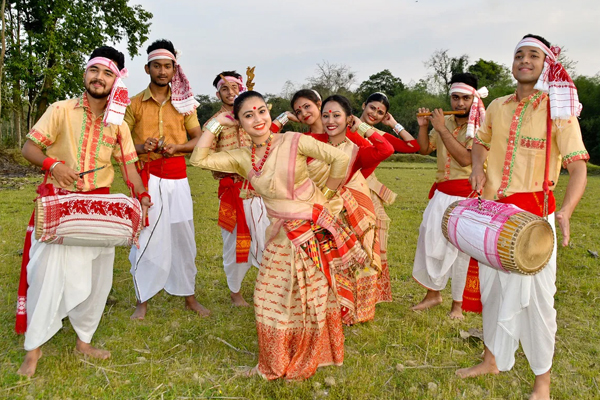 Bihu Festival is celebrated to celebrate the Assamese New Year. It is one of the major festivals in North East India. Bihu is celebrated in April every year. On the first day, cattle like cows and buffaloes are bathed and fed. People greet each other on the second day and gift each other with shawls, towels, and such fabrics. All the men and women perform the famous Bihu dance. Sweets are prepared and local Assamese delicacies are prepared. 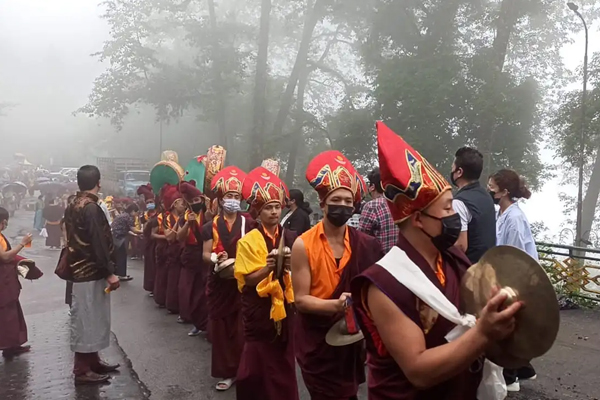 Saga Dawa is a religious Buddhist festival that is celebrated in Sikkim. It is celebrated from May to June. Saga Dawa is a celebration of the birth, enlightenment, and death of Gautam Buddha. Devotees go round monasteries and offer water, incense sticks, and dhog. They chant mantras and turn the prayer wheels. Saga Dawa falls on the full moon day in the lunar month and is considered to be very auspicious. 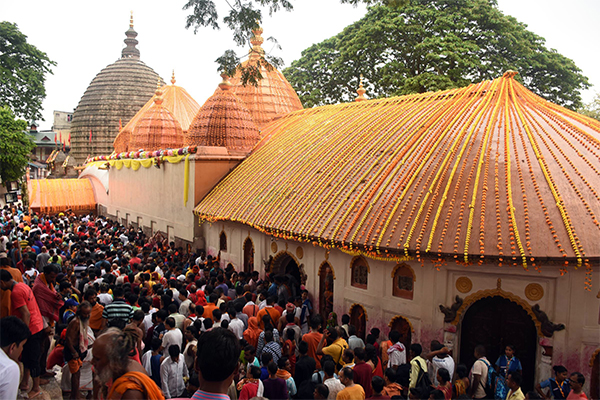 Ambubachi Mela is celebrated in Kamakhya Temple in Guwahati, Assam every year. It is a religious festival during which devotees pray to Goddess Kamakhya Devi. This festival is so large that it is called the Mahakumbh of the East. According to legends, Kamakhya Devi undergoes a menstrual cycle at this time of the year. The temple doors are kept closed during this period. People are allowed to pray to her from the outside. Tantriks perform various occult rituals during this period. The festival is celebrated during June every year. The temple doors are open after three days. People can then enter the temple to pay devotion to Kamakhya Devi. 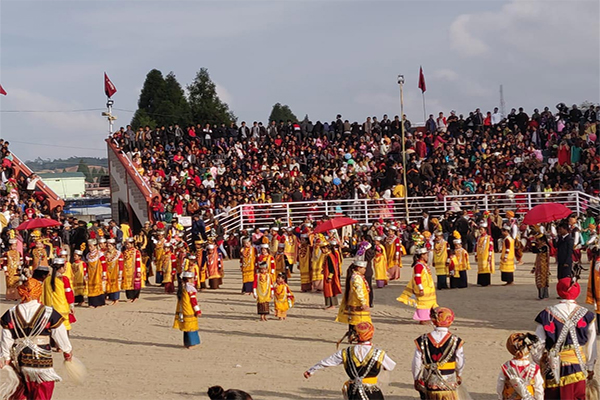 Anthurium is a type of exotic flower which grows in the North-Eastern state of Mizoram. The Anthurium Festival is a festival that celebrates this very flower. Reirek is a small village where you can participate in this festival. Anthurium Festival is celebrated in September every year. Many festivities are part of this festival. There are dance performances by tribes, traditional music performances, and local cuisine is prepared. Tourists can visit Mizoram during this period and participate in this cultural festival. 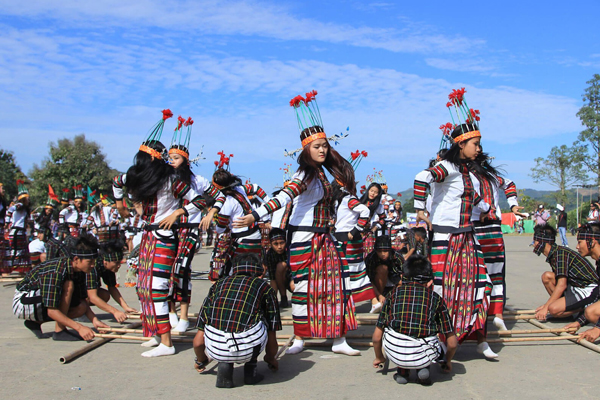 February 14 and 15 are the time when you should visit Manipur. This is the time when the Lui-ngai-ni Festival is celebrated by the Naga tribes. Although the festival is celebrated by Naga tribes in Nagaland and Naga inhabited villages in Manipur as well. This is a time when tribes mix and celebrate the sowing of seeds. The seeds are blessed for a good crop. Rituals relating to sowing seeds are performed. Naga tribes dance their folk dances and traditional cuisine is prepared at this time. 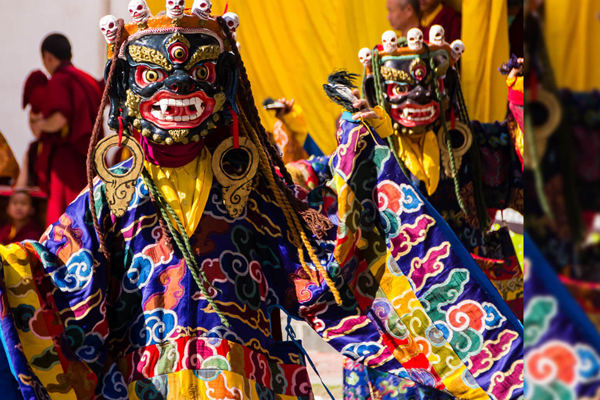 One of the major festivals in the North East is the Nongkrem Dance Festival. This festival is celebrated in the state of Meghalaya in November. Khasi tribe celebrates this festival to thank the goddess Ka Blei Synshar for a good harvest season. During this five-day festival, men and women put on traditional costumes and danced to folk music. The Nongkrem Dance Festival is celebrated in Smit, which is 15 km from Shillong, the famous hill station and state capital city of Meghalaya. 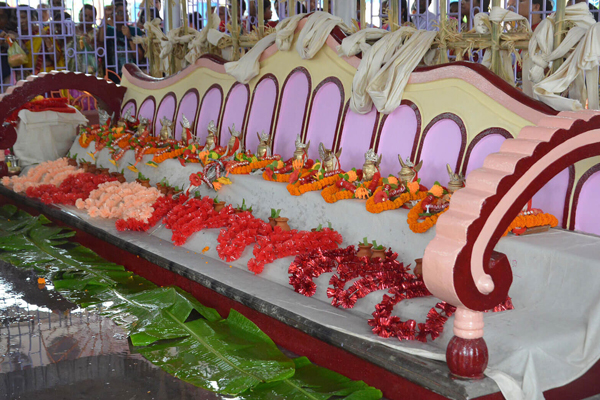 Kharchi is a religious festival that is celebrated in Tripura every year in July. 14 gods are worshipped during this festival and it is believed that Lord Shiva instructed that these 14 gods should be worshipped. Kharchi is a festival where celebrations are held for 10 days in different houses. Kharchi is a festival that was only celebrated by kings who ruled here. But slowly even the common man started to celebrate this festival. Puran Haveli in Old Agartala has idols of these 14 gods and this is where you can watch the festivities. Many cultural programs are held during this period. Men and women gather at fairs and take part in festivities during this period.

North East India celebrates agricultural festivals in some unique ways. Chapchar Kut is one such famous festival of the North East in the state of Mizoram. Chapchar Kut is celebrated every year in March to celebrate the sowing of seeds. A bamboo dance called Cheraw is the main attraction during this festival. Other dances are also performed by local tribes. These include Chheihlam, Chai, Sarlamkai and Khuallam. This is the best time to see the colorful tribes of Mizoram. They look gorgeous in their colorful costumes. They perform dances to the beating of drums, clashing of cymbals, and blow of horns. Many events take place during this time. You can participate in the flower show, handicraft and tribal art show, and music festivals, and enjoy local exotic foods, and music competitions.

You can make a plan to visit Meghalaya in North East India during the second week of November. This is also the time when the Garo tribe of Meghalaya celebrates the Wangala Festival. Wangala is an agricultural festival that is celebrated for a good cropping season. The festival is celebrated in Asanang Village in Garo Hills in Meghalaya. The celebrations start after the village chief offers cooked rice, vegetables, and freshly brewed beer to Misi Saljong, who is considered to be the Sun God of Fertility. The music and dance are the main attraction of this festival. The beating of the drum in synchrony with the flutes and other musical instruments make a joyous festive atmosphere. That is why this festival is also called the ‘100 Drum Wangala Festival’. The colorful tribal costumes and colorful headgear make the tribals very attractive and charming.

The Kang Chingba Festival in Manipur is so huge that it is also compared to the Rath Yatra Festival of Jagannath Puri in Orissa. This festival is celebrated in Manipur every year in July. The Kang Chinba Festival is an 8-day festival where thousands of devotees take out a chariot procession of Lord Jagannath, his brother Balabhadra and sister Subhadra. You can visit Imphal during this period. This religious chariot procession or ‘Rath Yatra’ begins from Govindajee Temple in Imphal. The chariot car in which Lord Jagannath is seated is called Kang. The massive chariots carrying the Hindu gods and the enormous crowds of people that lead this Rath Yatra are a great sight to watch.

Among the most colorful festivals in Arunachal Pradesh, Torgya Festival is certainly one of the most famous. Torgya Festival is celebrated during the latter half of January. During this festival, the Monpa tribe of Arunachal Pradesh dance to tribal tunes and beating of drums. Their colorful tribal costumes and headgear make them look like the center of attraction. The dances take place in the courtyard of Buddhist monasteries. You should visit Tawang Monastery at this time of the year. The priests perform elaborate Tantrik rituals to drive away from the evil spirits.

Mopin Festival is celebrated to rejoice over a successful harvest season. It is celebrated in April. The local goddess Mopin is worshipped by the members of the Galo tribe during the period of the festival. Each household prepares rice beer and offers it to friends and family members. Women perform the Popir dance, and this dance is also a special attraction of this festival. You should visit the East and West Siang districts in Arunachal Pradesh because this is where the main celebrations are held.

Ziro Valley in Arunachal Pradesh is one of the best places to watch festivals like the Myoko Festival. Indigenous tribes of Ziro Valley perform festivities over this month-long festival. The festival is held during the latter half of March. Hari-Bulla, Diibo-Hija, and Hong are three tribal communities that celebrate Myoko Festival with great pomp and vigor. The village shaman or a local priest performs the local fertility, and purification rituals and sacrifices pigs to the gods. Then the festivities begin. These include performances and processions and other cultural events.

Although this is not a religious or an agricultural festival, Ziro Music Festival is certainly one of the best events to participate in on your trip to North-East India. Ziro Valley is the place where this Ziro Music Festival is held in September. Famous indie music bands from all across India and the world travel to Ziro Valley in Arunachal Pradesh during this time. The festival is one of its kind and takes place amid picturesque fields, mountains, and valleys. You can camp here during the festival and watch famous musical bands perform live in the outdoor venues. There are no music halls here and no floodlights. Just the open outdoors with the surrounding mountains and the silent valleys that form a scenic backdrop to the music performances.