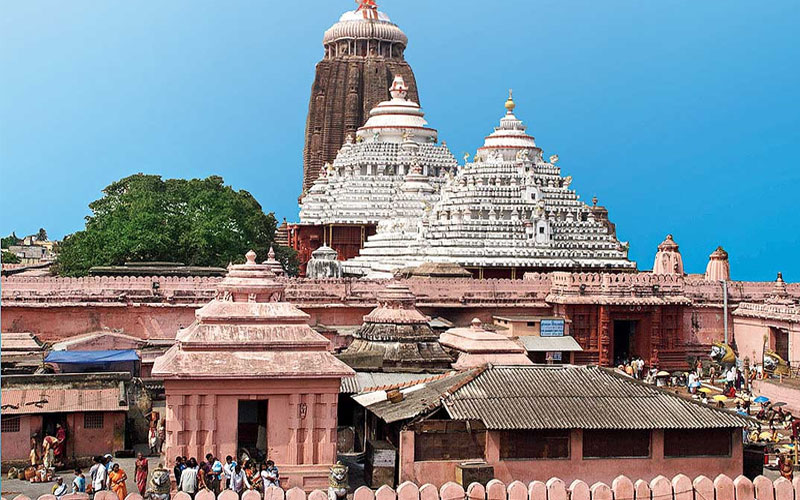 According to Hinduism, the Char Dhams are Badrinath, Dwarka, Rameshwaram and Puri. It is believed that when Lord Vishnu settled on the four dhams, he first went to Badrinath and took a bath there, after that he went to Dwarka in Gujarat and changed clothes there. After Dwarka, he had lunch at Puri in Odisha and finally rested at Rameswaram in Tamil Nadu. There is a huge temple of Lord Shri Jagannath in Puri. This temple in Puri houses Kath (wooden) idols of Lord Jagannath, his brother Balabhadra and sister Subhadra. This is a unique temple of the country with wooden sculptures. There are many such features of Jagannath Temple. Also, there are many such stories related to the temple which have remained a mystery for centuries. One cannot live without being surprised to know the wonders here.

It is believed that Lord Brahma resides inside the idol present in the temple. When Shri Krishna incarnated on earth to establish religion, he had supernatural powers. But the body was of a human. When his time on earth was over, he left his body and went to his abode. After this the Pandavas performed his last rites. During this his heart kept beating with fire. The Pandavas threw it into the water. Then it turned into a log of wood. King Indraduyam got the same log. He had great faith in Lord Krishna. He brought it and installed it in the temple. Since then it is present in the temple itself, the idol of God is changed after every twelve years. But the log remains the same. There is also an interesting story related to this. When the priests of the temple change this log, their eyes are tied with bandages and their hands are covered with cloth. In such a situation, the priest can neither see nor touch it. It is believed that anyone who sees it will die. Apart from this, there are many such secrets, which make the temple very special for the devotees.

Jagannath Puri is as beautiful as it is mysterious. This temple built by the sea, has many divine miracles inside it, many laws of science do not work here. One can see these wonders by visiting this temple of Lord Jagannath. But despite many efforts, these mysteries have not yet been uncovered, some of the major mysteries here are as follows.

2. Mystery of the Temple Flag 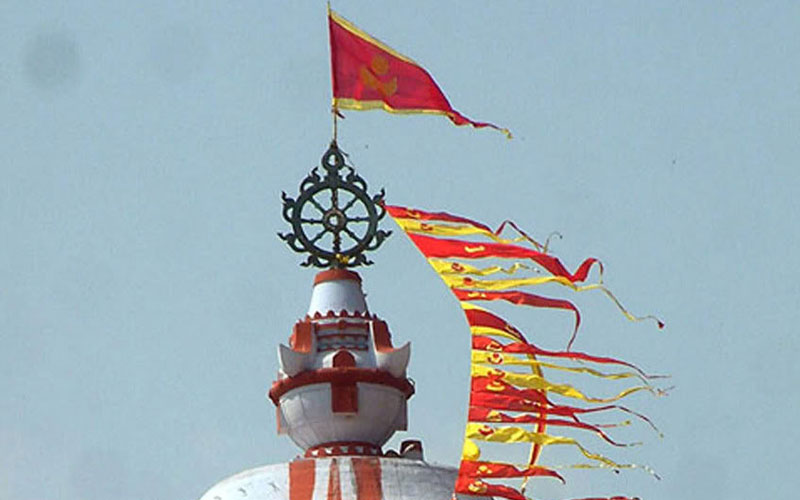 The flag on the top of the temple always flutters in the opposite direction of the wind. Why this happens remains a mystery. Another wonderful thing is related to this flag is that it is changed everyday and the changer also climbs upside down and reaches the flag. It is believed that if the flag is not changed someday, then perhaps the temple will be closed for the next 18 years.

There is a Sudarshan Chakra on the top of the Jagannath temple, which is said to stand and look at it from any direction, but it seems that the face of the wheel is on your side. It is also known as Nilachakra. It is made of Ashtadhatu and is considered very sacred and holy.

4. Shadow of the Dome is not Formed

It is the largest and tallest temple in the world. This temple is spread over an area of 4 lakh square feet and its height is about 214 feet. Standing near the temple, it is impossible to see its dome. The shadow of the main dome remains invisible at any time of the day. No one can ever see him on the ground. How great engineers must have been our ancestors can be understood from the example of this one temple. This grand form of the temple of Puri was built in the 7th century.

5. Birds not Flying Over the Dome

6. Wind Blows in the Opposite Direction

500 cooks with 300 associates prepare the Prasad of Lord Jagannathji. Around 20 lakh devotees can eat here. It is said that the offerings in the temple may not have been made for a few thousand people, but it can fill the stomach of lakhs of people. The quantity of food to be cooked inside the temple remains for the whole year. Not a single quantity of Prasad is ever wasted.

In the kitchen of the temple, 7 utensils are placed on each other to cook the prasad and everything is cooked on wood. In this process, the ingredients in the top vessel are cooked first, then the bottom side is cooked one after the other, that is, the food of the top vessel gets cooked first. Isn’t it a miracle?

8. The secret of the Singhdwar

9. The Story of the Breakup of the Statue

The idols of Lord Jagannath, Balabhadra and Subhadra installed here are changed after every 14 to 18 years. The old idols are buried under the soil at one place. That too by placing them one on top of the other. It is believed that these idols fall apart on their own. 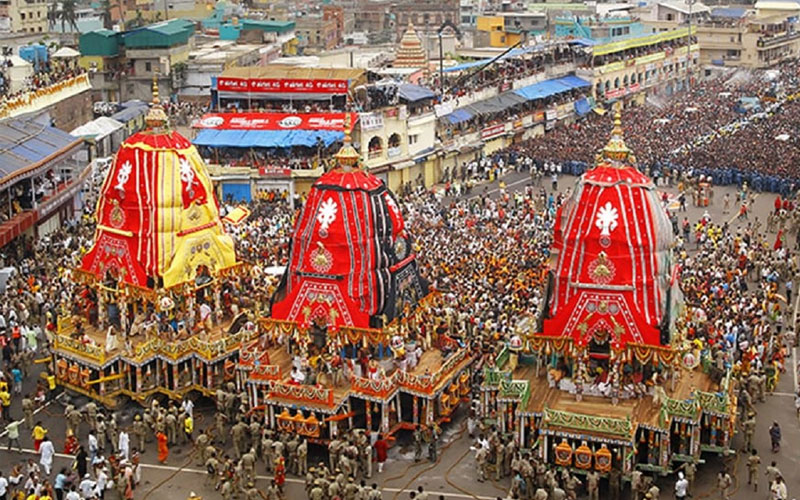 In the month of Ashadha, Lord rides on a chariot and goes to the house of his aunt, Queen Gundicha. This Rath Yatra takes place only in Purushottam Kshetra spread over 5 kms. Queen Gundicha was the wife of King Indradyumna, an ardent devotee of Lord Jagannath, that is why the queen is said to be the aunt of Lord Jagannath. God stays at his aunt’s house for 8 days. The return journey takes place on Ashadh Shukla Dashami. Nandighosa is the chariot of Lord Jagannath. The chariot of Goddess Subhadra is Darpadalan and that of brother Balabhadra is the flag. Gajapati Maharaj of Puri sheds a broom of gold, which is called Chhera Parran.