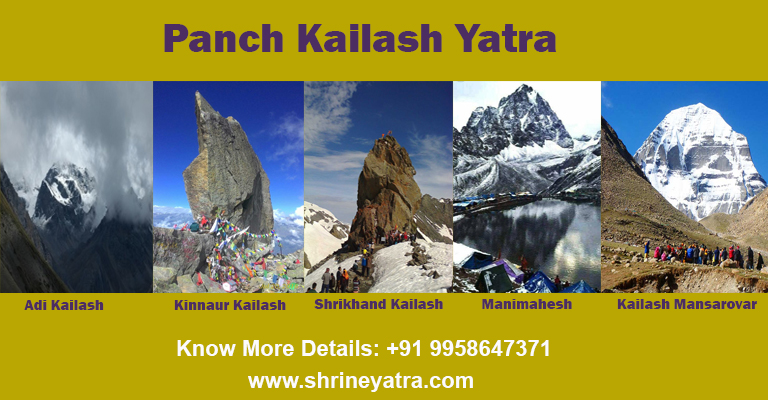 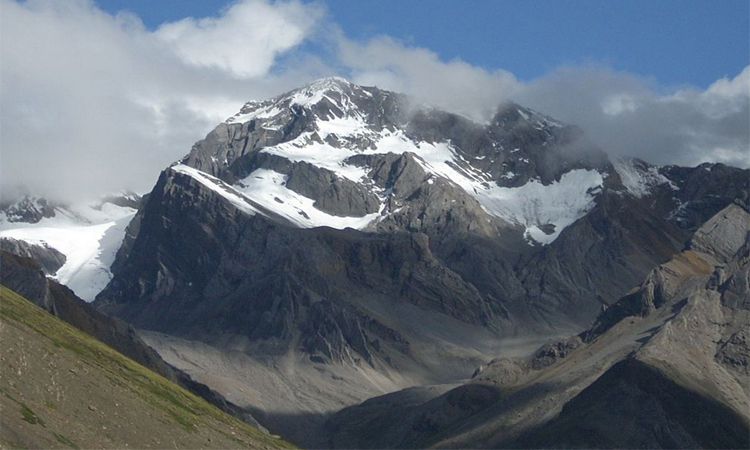 Adi Kailash, commonly known by the name of Chhota Kailash or Jonglingkong peak. It’s located amidst the natural wonders near Indo-Tibet border and Om Parvat in the Pithoragarh district of Uttarakhand, India. The mighty peak houses a temple dedicated to Lord Shiva and Goddess Parvati and the only route to reach there is by trek. The Adi Kailash Trek route takes you through the whitewash Annapurna mountains, blooming Narayan Ashram, and swiftly flowing Kali rover and thick forest regions. There are also two holy water bodies present in the mountainous region, Gauri Kund and Parvati Sarovar. It is believe that the devotees who can overcome the hardships and reach the temple, can expect the fulfillment of their wishes.

If you want to take a tour for Adi Kailash Yatra then best time to Visit Adi Kailash Month of April to December. It’s totally 12 days tour package and total trekking will be approx 76 Kms. 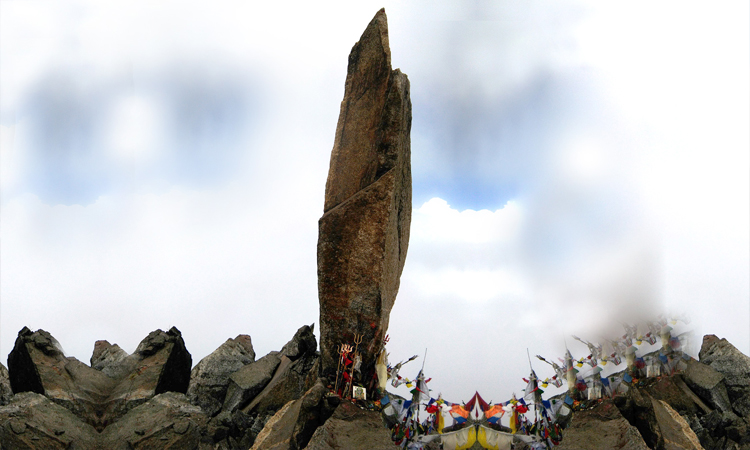 Mount Kinnaur Kailash is located in the Kinnaur Valley of Himachal Pradesh. There is a mythological belief behind the name ‘Kinnaur’ which was originally derived from the name ‘Kinner’ indicating the Hindu demi-Gods. The common belief is that the demi-Gods of the angelic creatures find the region similar to heaven and thus resides here. The holy abode of Lord Shiva comes with the hardest trek route through the Charang La pass and those who can make it to the destination, are worth rewarding. 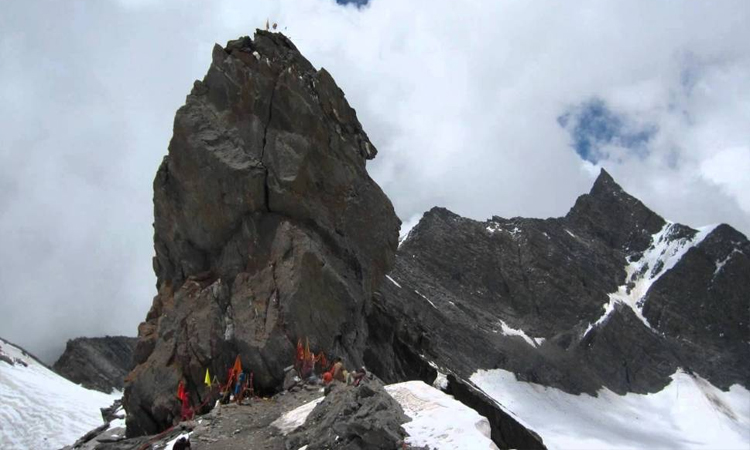 Shrikhand Mahadev is also known as Shrikhand Kailash, a part of the Great Himalayan National Park. Its serves as a great tourism option besides religious purposes. This religious place located in Kullu District of Himachal Pradesh. The holy abode of Lord Shiva holds a sacred 75 feet Shivlinga at the range of 5227 meters, which is believe to hold great religious significance. The most wondrous fact about the Shivalinga is that even during heavy snowfall, the Shivalinga remain free of snow. The mountain offers a scenic view amidst the dense forests and high mountain ranges. 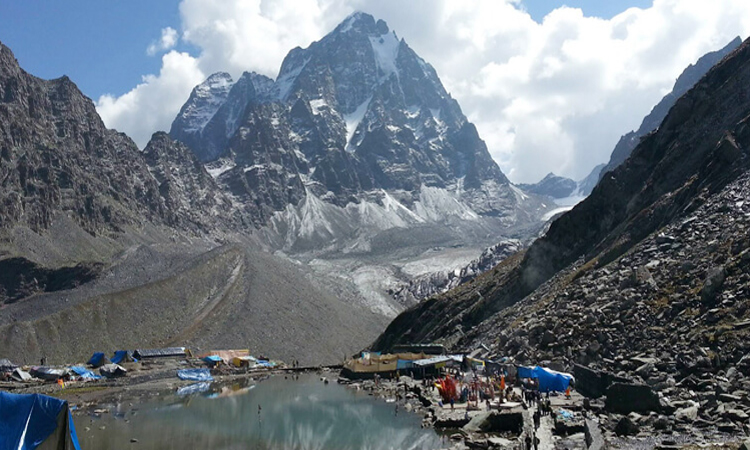 Manimahesh is known as Chamba Kailash, located in Chamba District of Himachal Pradesh, India. It’s consider to be one of the most important pilgrimages among all the Panch Kailash destinations. The destination is also called Manimahesh because the Shivalinga possesses a ‘mani’, the reflection of which can be seen from the sacred lake. The lake is locate at the foot of Kailash Mountain at a height of 13,000 feet. It is consider to be very holy due to several mythological facts. Devotees from worldwide, take holy dips in this lake before continuing their pilgrimage to free themselves from sins. The trek to Manimahesh is consider to be very sacred too as it is believe that Lord Shiva roams around in this place with Devi Parvati.

Best Time to Visit Manimahesh Kailash is month of May to September. 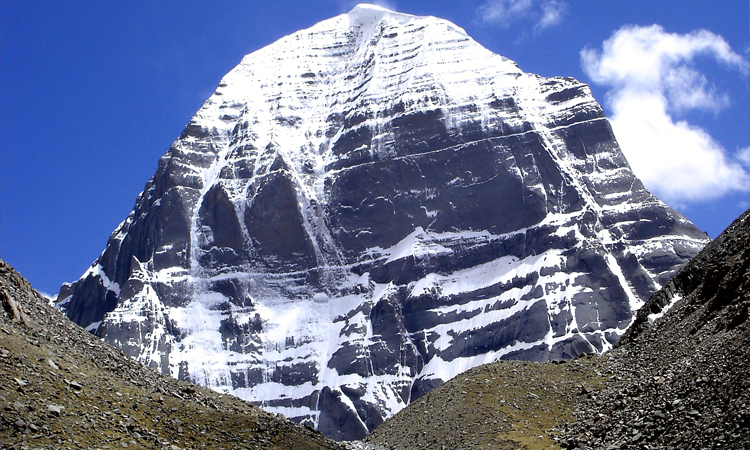 Kailash Mansarovar is located in the region of Tibet, China on range of 6,638 meters from sea level. It is said that people who have five faiths in world can only attempt a successful journey to this pilgrimage. There is a common belief among the pilgrims that telling your wishes by taking dips in the Mansarovar Lake. After that doing parikrama around the lake fulfills the wishes you have long. Those who want to achieve moksha and enlightenment, also attempt Kailash Mansarovar Yatra. The devotees who take bath in the holy lake can reach the holy abode of Lord Shiva.

Generally Kailash Mansarovar Yatra active during April to October for every year. But if you want to find best time to travel to Kailash Yatra, In the summer season Month of April to June is best and in the Winter season September to October is best for visit.

No problem with days

I have done all the Kailash except Kailash Manasarovar.

1 For Shrihand : Toughest among the 5: Please plan for 8-9 days Jaon village to Jaon and not 5 days as some sites say. Tough trek.

2 For Kinner please plan for 5 to 6 days ex Reokong Peo/Kalpa.

3 for Manimahesh 3 days would suffice. I am not taking into account Helicopter usage.

4.For Adi Kailash it is a package tour of 10-12 days from Almora.(Reduced a lot due to the constrcution of the Luipulekh pass .road by the govt.

I have done only Kailash Manasarovar!

I have done Shrikhand in 3 days only from Jaon to Jaon.
Manimahesh in 2 days.
This Friday going to Kinner Kailash and if Bhole will allow then we’ll do it in 2 days only.

Hello can i you all pancha kailas yatra can do it at time continuously any package combined available with you and i wants to perform konark puri cuttack and west Bengal tour packages. All packages available with you please sent to me.

Which trek is the easiest among Adi Kailash,Shrikhand & Kinnaur Kailash

Manimahesh and Adi kailash are the easiest but everything becomes easy if you take Lord Shiva’s name before starting your journey.

Correct. Mahadev is everything

All are tough.. nothing is easy in Kailash Yatra all 5 are tough.. so dont go if you unable to walk with tough treks

What is the price for 5 kailash yatra