Why is the temple of Brahma Dev only in Pushkar?

Why is the temple of Brahma Dev only in Pushkar? 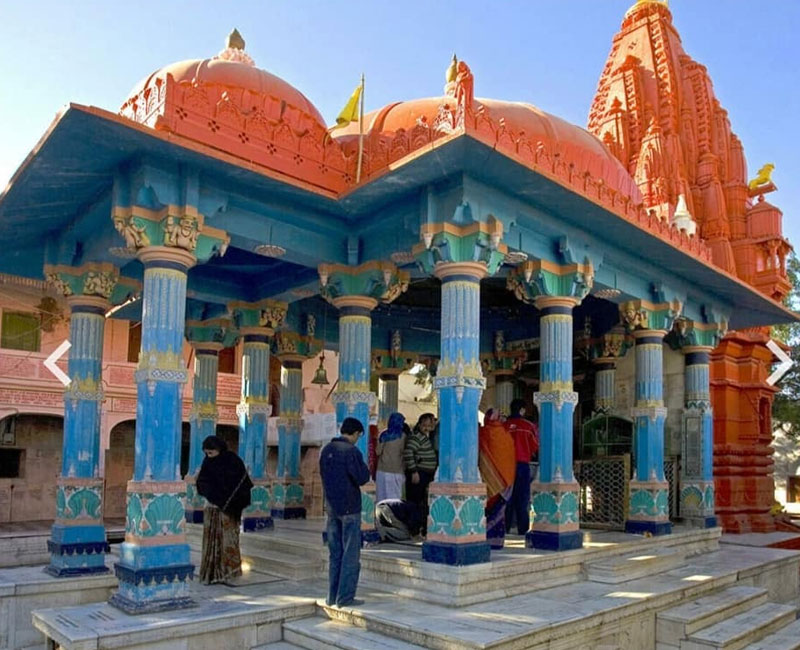 Only 150 kms from Jaipur, the capital of Rajasthan. Located far away is a holy city named Pushkar.

It is believed that the Pushkar Lake located here, also known as Pushkar Sarovar, is 400 years old before Christ. Thousands of devotees from all over the country come to take a dip in this ancient lake on the day of Kartik Purnima which falls in the months of October-November.

This city full of reverence and spirituality is also known for the annual cattle fair or Pushkar fair held here. But this is not the only reason for the recognition of this city. The reason behind calling this city as Tirth Raj is the temple of Jagatpita Brahma built here, which is not anywhere else in India except here.

The Only Temple of Brahma Dev, the Creator of the Universe

Although each of the 500 temples built on the banks of Pushkar Lake has its own story, but the special reason behind the recognition of this city is the only Brahma temple in India built here.

Talking about stories and Puranas, the story of the construction of the Brahma temple is quite interesting. In this story there is fight, there is love, there is jealousy and there is repentance.

According to the Padma Purana of Hinduism, when Brahma Dev, the creator of this universe, saw a demon named Vajranabh causing havoc and harassing people, he attacked him with his weapon lotus flower. The demon was killed as soon as the lotus flower appeared, and the three places where the petals of this flower fell on the earth, Brahma called those places as Pushkar (Push = flower, Kar = hand of Brahma). These three places are today known as Budha Pushkar, Middle Pushkar and Chhota Pushkar, which are settled nearby.

In this holy place on earth, Pushkar, Brahma resolved to perform a Yagya. During the Yagya, Savitri, the wife of Brahma, was to be present for a special ritual, but for some reason Savitri was not present during that ritual. In order to complete the ritual of Yagya, where Savitri was to be held, Brahma thought of making a Gujar girl sit there. Before being placed in the yagya, the girl was made holy by touching the cow, and thus Gayatri was born. After completing the ritual, the Yagya was performed. When Savitri returned, she got very angry seeing another woman sitting in her place. In the madness of this anger, he cursed Brahma that Brahma had created the world, but Brahma would not be worshiped anywhere in the whole world. The fire of the Yagya was cursed that whoever touched it would be consumed, and the Brahmins involved in the Yagya were cursed that they would always be poor.

But Gayatri, who had received divine powers during the yajna, reduced the effect of the curse and gave Pushkar the title of Tirtha Raj and granted Brahma a boon that he would be worshiped nowhere else but in Pushkar. Agni got the boon of purity and the pundits always got respect.

After the curse, Savitri felt very sad and she also settled in Pushkar in the form of a waterfall on the hill to never be away from Brahma. Today the temple of Savitri Devi is built in place of this waterfall. It is believed that if you do not bow your head in the Savitri temple after visiting the Brahma temple, then you will not get any merit of coming to Pushkar.

The temple is built on a nearby hill, where you can sit on the ropeway to go. For 120 rupees you will get the ticket for coming and going. Even if you do not want to visit, then the experience of ropeway will be very exciting for you.

So now you might have come to know that why the only Brahma temple in the whole of India is in Pushkar. Whatever you say in the name of atheism, but if you ask the people of Pushkar, you will know how much people believe in this story. Be that as it may, this story of Brahma temple does not let anyone who reads or listens to get bored.