9 Most Beautiful Places to Visit in Mussoorie

9 Most Beautiful Places to Visit in Mussoorie 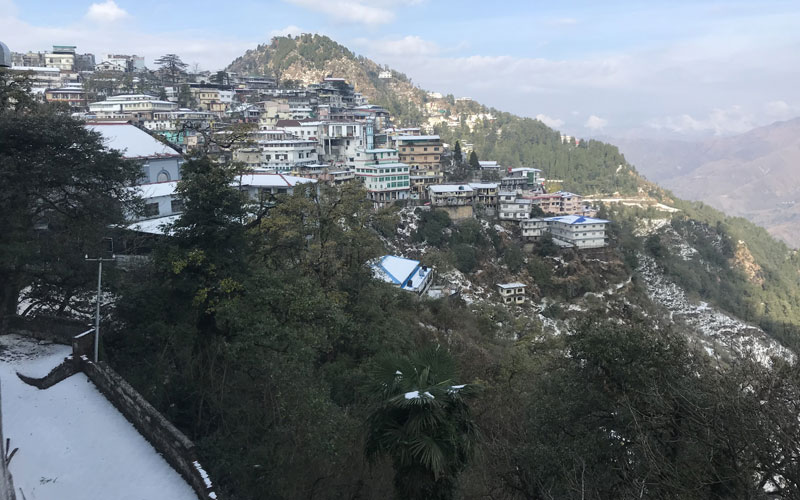 Who doesn’t want to see the mountains up close and touch the clouds? If you also have such dreams, then you can plan a trip to Mussoorie Hill Station in Uttarakhand. This summer destination, which came into existence during the time of the British, is known all over the world for its mountainous beauty, where tourists come not only from the country but from every corner of the world to enjoy the beautiful climate. The mountain beauty of Mussoorie can be gauged from the fact that it is also addressed as the ‘Queen of the Hills’. Every scene here seems like the work of a painter. For photography enthusiasts, this place is no less than a paradise. And because of these qualities of this beautiful place, this place must be included in the list of every stroller.

Today in this article I will tell you the beautiful places of “Queen of Hills” Mussoorie and the special things of this place which make her the most special even today. So let’s know.

These are the Best Places to Visit in Mussoorie

By the way, there are many beautiful places to visit in Mussoorie. During my travels, the best places that I myself have seen up close, today I will talk about those famous places. Today we will tell you about such places of ‘Queen of Hills’ i.e. Queen of Hills of Mussoorie, without going where your Mussoorie tour will be incomplete. 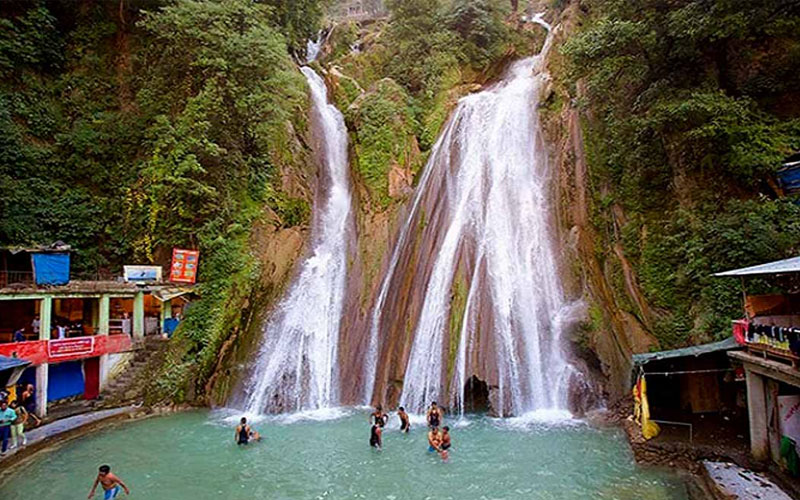 Kempty Falls is the biggest tourist attraction of Mussoorie. There is a huge crowd of tourists in every season. Especially in summer, it becomes difficult to even set foot here. Here the fun of bathing near the waterfall is something else. By the way, if you want to enjoy Kempty Falls to the fullest, then definitely go there, from where this waterfall is starting. Just you also walk along these stairs. They will also take you over the Kempty Falls, where the view is more beautiful than the Kempty Falls. At this place you will find many small water falls, which later become Kempty Falls. Also at this place you will find many spots for your photo session. Which will make your trip even more memorable. 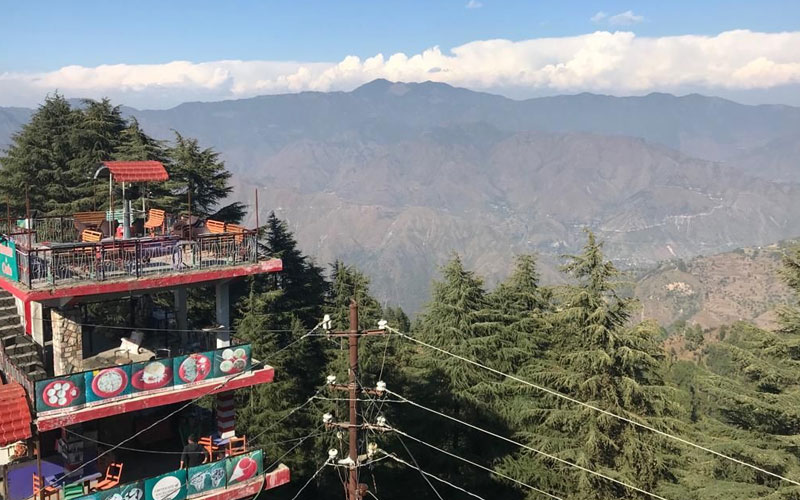 Talking about the highest peak of Mussoorie, the name of Lal Tibba comes first. Due to the red color of the mountain here, it has been named Lal Tibba. Some people also know it as Depot Hill. At one time, when India was ruled by the British, from here the British used to keep an eye on the whole area. The Indian Army team is now present in large numbers on Lal Tibba. Today the broadcasting station of Doordarshan and the tower of All India Radio are present here. The height of Lal Tibba is such that from the top you can see the Gangotri, Badrinath, Nanda Devi and Srikanta peaks with the help of binoculars. 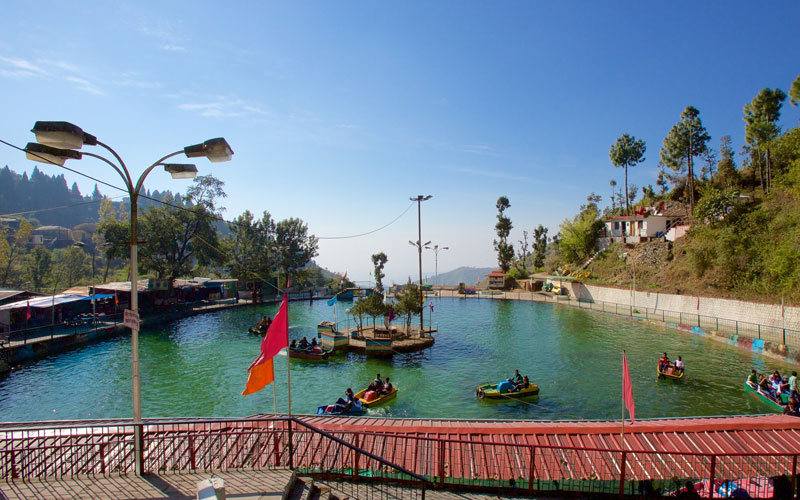 Mussoorie Lake is an artificial lake which has been prepared by the City Board and Dehradun Development Authority. This lake is built on the Dehradun road, 7 km from Mussoorie. This is a very good place to have a picnic with the family. Paddle Vote facility is available for voting in Mussoorie Lake. Tourists come here and enjoy boating. The beautiful view of Doon valley and other villages can also be seen from Mussoorie lake. This is a very attractive tourist place of Mussoorie. 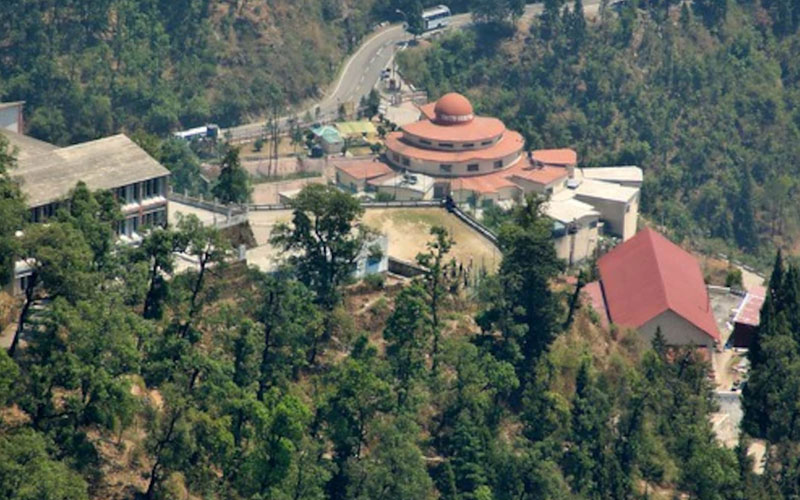 Gunhill is situated at an altitude of 2024 meters from the beach. It is the second highest peak of Mussoorie. A glimpse of the sun is visible from the gunhill. The snow-capped trees look very pleasing when viewed from here. The popular description of the gunhill can be known from the history of the gunhill. In ancient times, when there was no clock, guns were fired on the Gunhill peak. Due to which the residents here used to know about the time. Since then the name of this peak was called Gunhill. 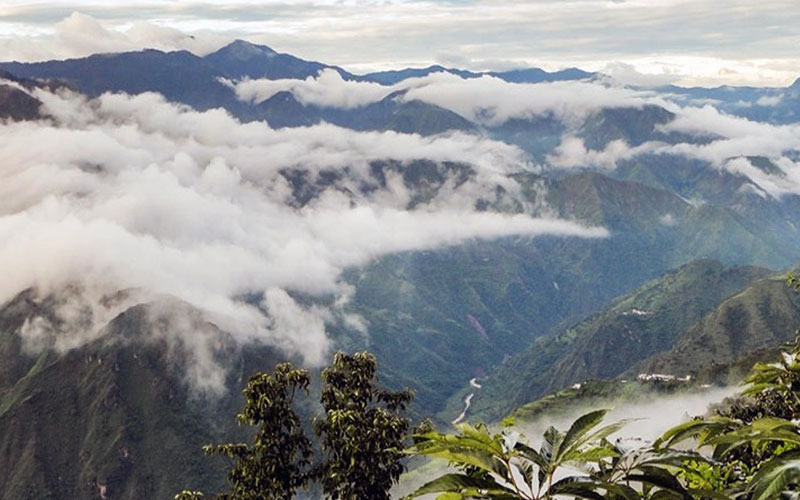 The cloud end is where the clouds can be seen very closely. This place is located at a distance of about 7.5 kms from Mussoorie Library Road. Other places in Mussoorie that always see the hustle and bustle of tourists, while visiting Cloud End, you will feel completely at peace away from the hustle and bustle of the city. Claude & is also a favorite place for newlyweds. There is also a hotel by the same name at Cloud End, which is surrounded by dense forests. The greenery and natural beauty of the forests compel every couple to come here. Tourists can come here by car or by taking the pleasure of trekking from Happy Valley to Hathipaon Road. 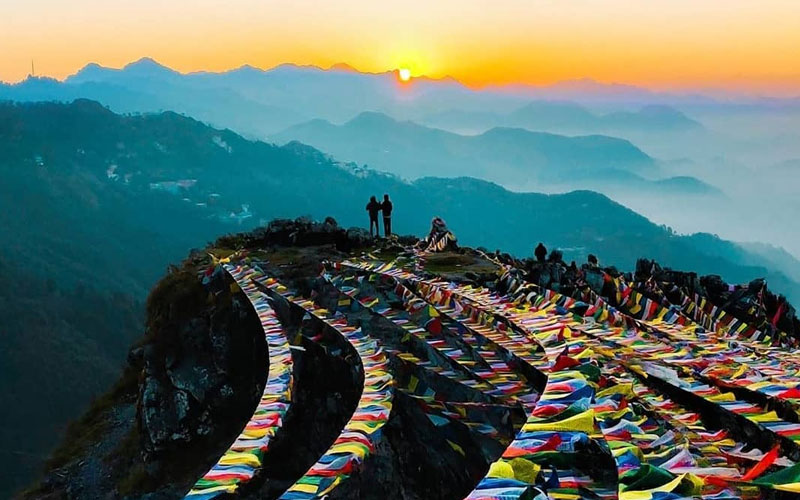 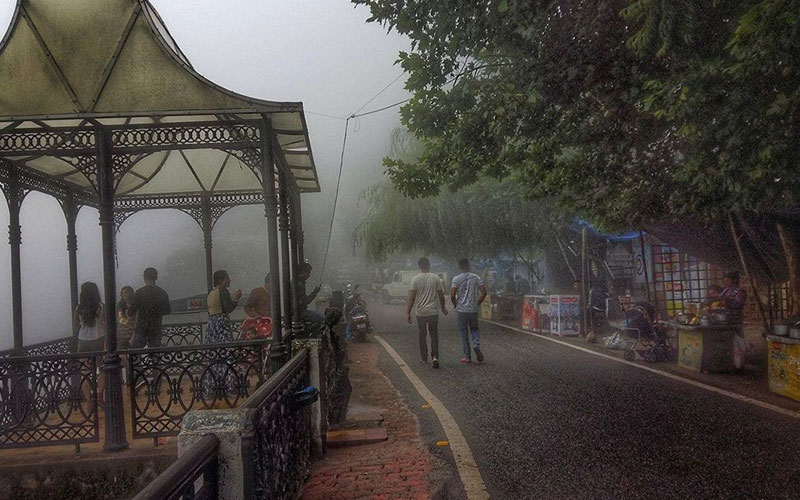 It is one of the main markets of Mussoorie. It is also known by the name of Mall Road. Most of the famous main stores of Mussoorie are located on Mall Road. You’ll find everything from clothing to electrical products here. This is the reason that there is always a crowd of tourists here. The evening view on this road touches the heart. This market starts from Library Point and goes till the Picture Palace. This market is spread over an area of about 2 km. 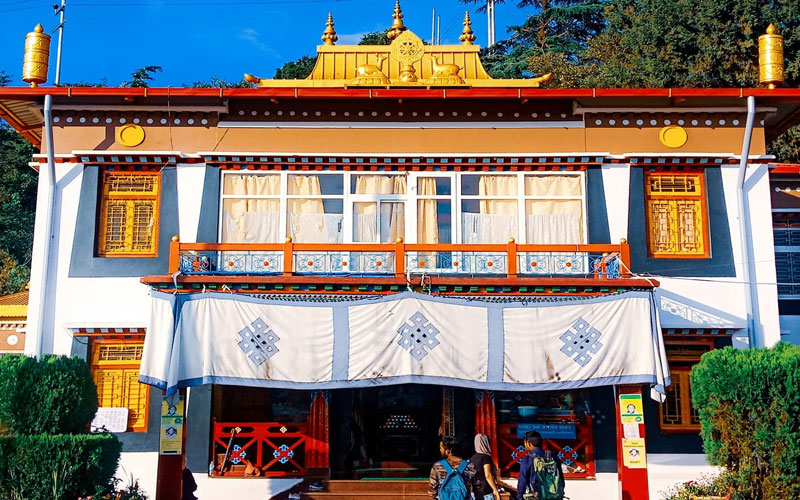 Tibetan temples are a unique example of Buddhist civilization. This temple attracts tourists from far away. It is said that after coming to India from Tibet, the Buddhist Guru Dalai Lama took refuge in Mussoorie at this place. It is said about this Tibetan temple located in Mussoorie that whoever comes here and plays the drums, his every wish is fulfilled. 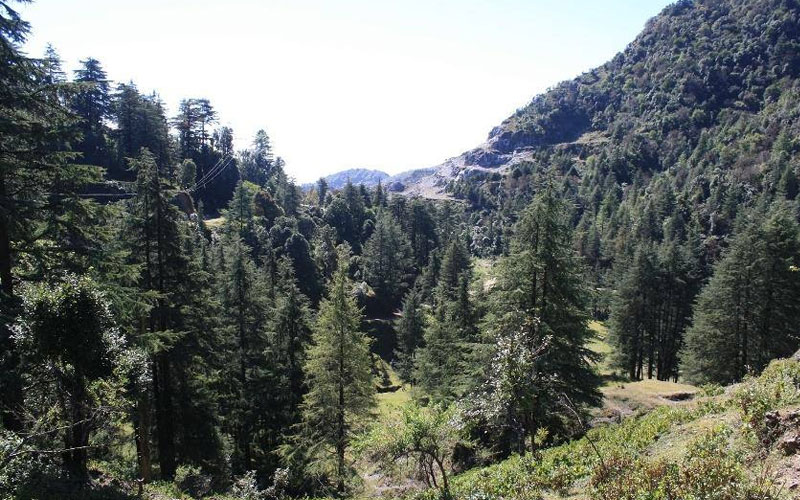 Benog Wildlife Sanctuary is interesting for those who like to watch wildlife. Surrounded by dense forests, you can see many such birds in the Benog Wildlife Sanctuary which are on the verge of extinction. Apart from various birds, you will find leopards, deer, bears and Himalayan goats here. This place is located at a distance of about 15 kilometers from Mussoorie. Before coming here, let me tell you that this place is open only from 5 am to 4 pm and it is strictly forbidden to bring pets here.

Summer is the best time to visit Mussoorie. Mussoorie can be visited to escape the scorching heat in different regions of the country. It is a bit risky to go here during the rainy season. Due to heavy rains, all the hilly roads of Mussoorie become so slippery that vehicles often slip on the road and accidents happen.

Mussoorie can also be visited during the winter to enjoy the snowfall. But let me tell that sometimes the roads get closed due to heavy snowfall. So if you want to visit Mussoorie without any hassle, then the time from March to June will be the most suitable for you to visit Mussoorie.

How to Reach Mussoorie

Airplane, train or train can be used for reaching Mussoorie.

The Airport is,”Jolly Grant Airport”
Dehradun Railway station is not a Junction but a Terminus
Dehradun is also connected to Kolkata Varanasi Indore etc by train.
“Mall Road” is a wrong name. It’s called,”The Mall”.
Sir George Everest was the first Surveyor General of India and is said to have measured the altitude of the peak called Sagarmatha, which was also named as Mt Everest.
All said and done, an informative article.