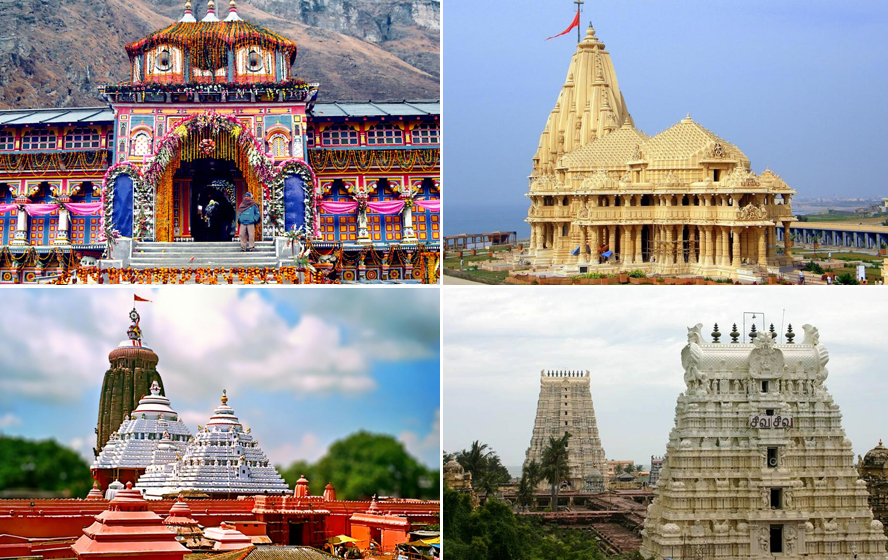 The Char Dham or the four abodes is a collection of four pilgrimage places in India.

It is believed by Vaishnavite Hindus that touring these places aids in reach Moksha. The Char Dham as described by Adi Shankaracharya to comprise of the four Hindu pilgrimage sites of Rameswaram, Puri, Dwaraka, and Badrinath. It is regarded by Hindus that one needs to do a char dham yatra once during their lifetime.

Why is Chardham So Important For Hindus?

Hindus consider the Char Dham voyage unfolds the passages of salvation by cleansing away all their transgressions.
The four sites have transcendent importance in the Hindu religion. After performing the Char Dham travel, the pilgrim reaches a total tranquillity of the spirit and mind.

If you ever consider a char dham yatra package, it helps to know some details about it. We will discuss each place briefly below.

Puri is located in the east in the state of Odisha. It is among the oldest cities in the east. The main deity here is Lord Krishna, worshipped as Lord Jagannath. The primary temple here is approximately 1000 years old. From Mumbai, you can take a flight or train to Puri. There are four train expresses traversing between Delhi and Puri. From Bangalore, you’d have to take a flight to Bhubaneshwar and then a bus to Puri.

Rameswaram is located in the south in the state of Tamil Nadu. According to legends, this is the site where Lord Ram built a bridge to Sri Lanka with his brother to rescue his wife Sita.

Dwaraka is located in the west in the state of Gujarat. This place is important due to the fact that this was the place that Lord Krishan dwelled.

Badrinath is located in the north in the chamoli distric of Uttarakhand in the Garhwal Hills along the Alakananda River banks. While the other sites are open every day, Badrinath remains open only from May to October.

A visit to each is a must for most, so a Popular Uttrakhand 4 dham yatra package is something most devout believers look into.