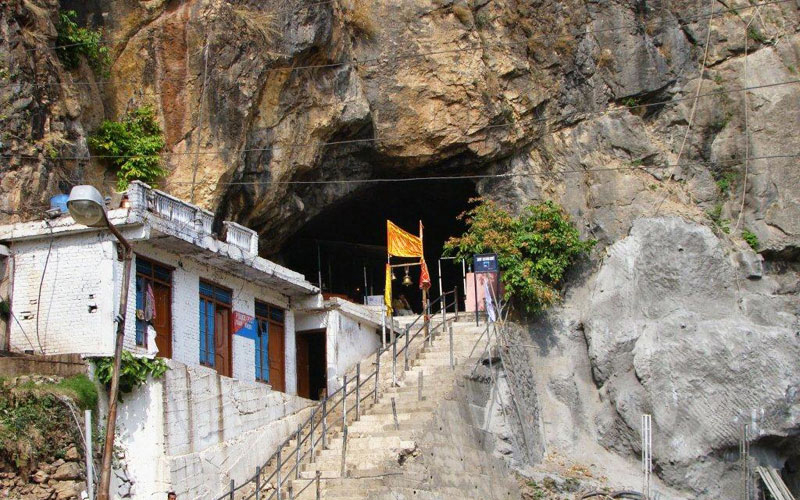 If you are planning to visit on the weekend, then you can go to the cave of Shiv Khodi, some distance from Jammu. This cave is located in the Reasi district of Jammu and Kashmir. It is one of the main worship places of Lord Shiva. This holy cave is 150 meters long. Inside this cave is a 4-feet high Shivling of Lord Shankar. The stream of holy water always falls on this Shivling. It is believed that if you see God in this temple, then you are sure to go to heaven. Shivkhodi is such a supernatural and wonderful cave in which Lord Shiva resides with his entire family and it is believed that the path of this cave leads directly to the heavenly world because there are stairs leading to the heavenly world as well. The other end of this cave leads directly to the Amarnath cave.

Where is the Cave

A cave present in Udhampur, about 140 km from Jammu, is called Shivkhori. It is believed that Lord Shiva resides in this cave. Devotees going for Amarnath Yatra make a must visit this cave. According to the devotees, the other end of this cave opens in the Amarnath cave. In Dwapar Yuga, devotees used to go to Amarnath from this cave, but in Kali Yuga this path has been closed. Whoever tries to move forward in it does not return. At present this tunnel is closed. 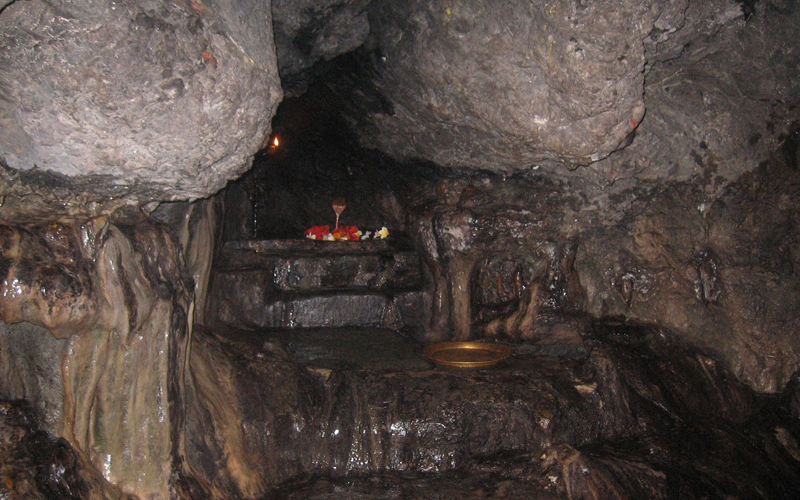 This cave is 1 meter wide, 3 meters high and 200 meters long. It is believed that all 33 categories of deities reside in Shivkhodi cave. Along with Swayambhu Shivling, idols of Mother Parvati and Nandi are also present in this cave. Along with them, the Pindis of the seven sages, Pandavas and Ram-Sita can also be seen here. Also the shape of a snake is carved on the ceiling of the cave. It is said that a wish made here with a sincere heart is definitely fulfilled.

The History of the Cave is Related to Bhasmasur

According to local legends, after giving a boon to Bhasmasura, Bholenath himself made a cave in the mountains and hid in it when Bhasmasura himself went after Lord Shiva. This cave is called Shivkhodi. Later Lord Vishnu assumed the form of Mohini and became the reason for the end of Bhasmasura and Bholenath came out of the cave. During this a fierce battle took place between Lord Shankar and Bhasmasura. Due to this the name of the area was named Ransu or Ransu.

When to Go to Shivkhodi

It is said that the season from April to June is considered to be the best to visit Shivkhodi Cave. Because during this time the weather here is very pleasant and cold. It is said about it that it is such a rare place in the lap of nature, where the glory of Lord Shiva has remained in itself since the beginning of time. A little ahead of Runsu comes a small iron bridge, which is built on the river. According to folk belief, this river is called Doodh Ganga. According to the legend related to this, the water of this river automatically turns white like milk on the day of Mahashivratri.

You can take routes from both Jammu or Katra to reach Shiv Khodi. The distance from Jammu to Ransu is about 140 kms and from Katra is 80 kms. Then from Ransu to Shiv Khodi Cave one has to climb about 3 to 4 kms. People who have trouble walking can take a mule.