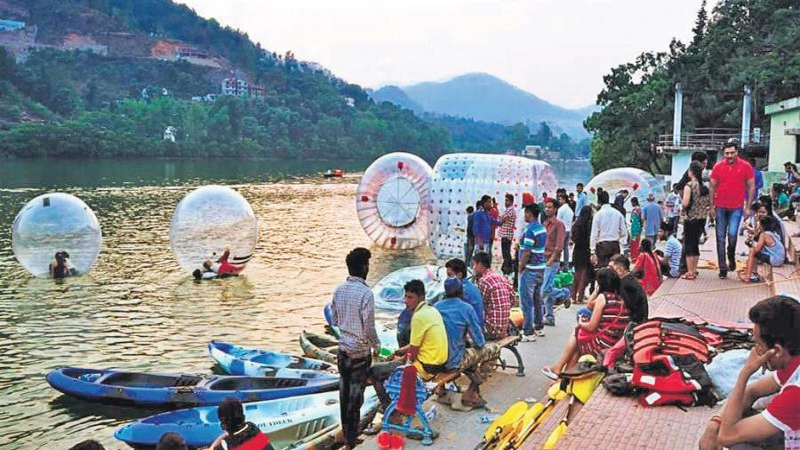 Due to the Corona epidemic in the state, the tourism industry, which has been derailed for the last two years, is slowly coming back on track. Now it is expected to give further impetus to the relaxation given in the Standard Operating Procedure (SOP) issued by the government. In the recently released SOP, the government has exempted such persons coming from other states from corona test who have got both the doses of vaccine 15 days before coming to Uttarakhand.

Read More: Visit to the Highest Shiva Temple in the World – Tungnath Mahadev

Tourism is a major source of economy of Uttarakhand. More than 50 lakh travelers visit Uttarakhand tourism every year in the state. Last year the tourism industry was badly affected due to Corona infection. During this, only about 2.5 lakh passengers came for the Chardham Yatra. Usually this number remains around 30 lakhs. Earlier this year, the tourism industry was expected to get relief due to the reduction of corona infection. For this a lot of preparations were also done at the government level. Meanwhile, in April, the second wave of corona infection dominated. As a result, the state government had to impose Kovid curfew to bring the situation under control.

Read More: A Great News for Tourists Visiting Kashmir, Bus Boat Service is About to Start

The arrival of tourists from other states was banned. The entry standards in the state were made very strict. This also had an impact on the tourism industry. Especially on those whose economy rests only on Chardham Yatra and tourism. Although, the government announced to give them financial help, but this amount is very less. Now the pace of corona infection has decreased, so the government has also started giving a lot of relief in curfew. The way the government has now allowed tourists from other states, who have applied both doses of the vaccine, to come unhindered, it has increased the chances of giving momentum to tourism. Along with this, the government has also abolished the requirement of negative report for going from plain districts to hilly districts. Surely this will give a big relief to the tourism industry.