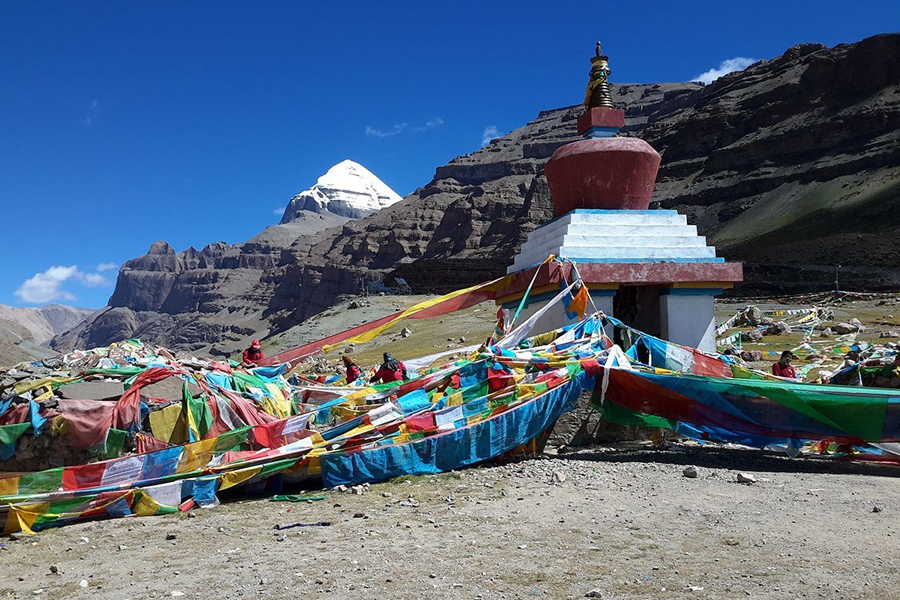 Yam Dwar is one of the most mysterious places near Mount Kailash. It is called Chorten Kang Nagyi in the local Tibetan language. It is called Tarboche in the Tibetan language. Hindus call Yam Dwar the Gate of Lord Yam. Lord Yam is the god of death in Hindu mythology. It is said that you will have to cross Yam Dwar on your Kailash Mansarovar Yatra. Yam Dwar is also the starting point from where the Kailash Mansarovar Yatra starts.

The Geographical Location of Yam Dwar

Yam Dwar is a very mysterious place. The mystery about Yam Dwar makes this even more attractive.

‘Yam’ is the god of death in Hindu mythology. ‘Dwar’ means a gate. Thus the meaning of Yam Dwar is “The Gate of Yam”. In Tibetan Buddhist traditions, the place is called by the name Chorten Kang Nagyi, which also means a ‘two-legged stupa’.

Yam Dwar for the Hindus