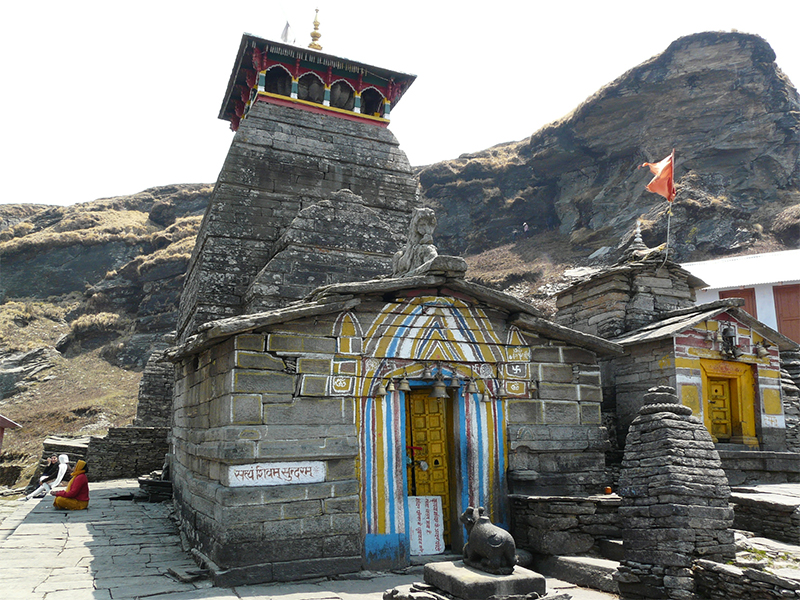 Badrinath Temple is one of the Char Dham Yatra temples in Uttarakhand. Lord Vishnu is worshipped here as Lord Badrinarayan. Badrinath is located along Alaknanda River. Having a snan or dip in Tapt Kund near Badrinath is an age-old ritual that is still followed by devotees. 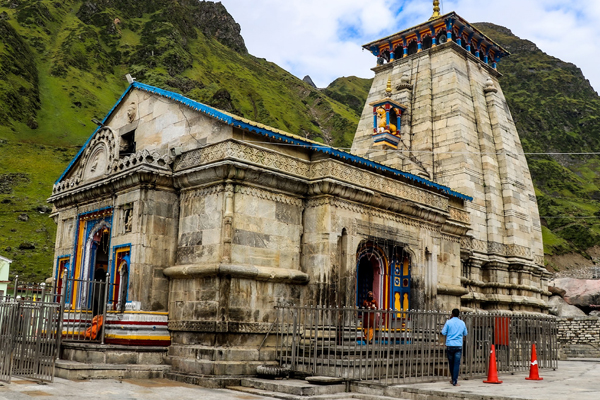 3. Gangotri Temple – Origin of the Ganga

Gangotri Temple is dedicated to River Ganga, and Ganga originates near this temple from Gaumukh Glacier. You can visit a submerged shiv linga and other nearby attractions like Bhagirath Shila, Pandava Gufa in Gangotri.

4. Yamunotri Temple – Source of the Yamuna

5. Madhyamaheshwar Temple – One of the Panch Kedar 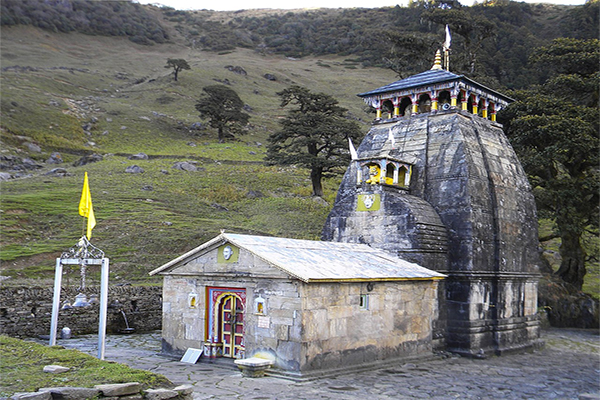 One of the most ancient temples in Uttarakhand, Jhula Devi Mandir was built in the 8th century. Jhula Devi Temple is near Ranikhet. Goddess Durga is worshipped here, and her idol is placed on a wooden swing (jhula). Hence the name of the temple is Jhula Devi Mandir.

Naina Devi Mandir is one of the Shakti peeths in Uttarakhand devoted to Sati. The temple is in Nainital, near Nainital Lake. The temple is so-called as the eyes of Sati fell at this place. Many festivals are held here at the time of Navratri and attract devotees from the surrounding regions.

Surkanda Devi Temple is situated in Dhanaulti and is close to the hill station of Mussoorie. It is also one of the famous Shakti peeth mandir in Uttarakhand. According to mythology, the head of Sati fell at this place, and this is why the temple is called Surkanda Devi Temple.

Dhari Devi Temple is on the banks of the Alaknanda. It is one of the Shakti peeth in Uttarakhand and is dedicated to Dhari Devi, a divine incarnation of Goddess Kali. You can visit this temple on your way to Badrinath Temple.

Kasar Devi Mandir is one of the many attractions of Almora, and this temple is almost as old as the 2nd century. It is a temple of Goddess Kasar Devi. Akhand jyot keeps burning here for years without extinguishing. 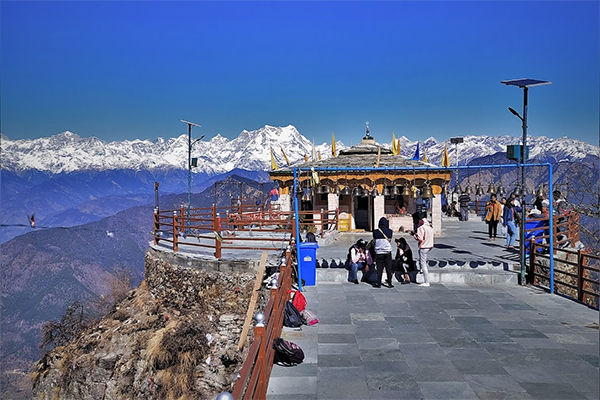 Neelkanth Mahadev is a Shiva temple near Rishikesh. It is said that Lord Shiva consumed poison to save humanity at this place. Hence the temple is named after Lord Shiva, whose throat (Kanth) turned blue (Neel). The temple architecture is very colourful and this temple is situated among scenic mountains and rivers.

Mansa Devi Temple is the most famous temple in Haridwar. You can go to the temple by trekking up or a ride on a cable car. Mansa Devi is the main deity of this temple, and she is a form of Shakti, believed to have been born out of the mind of Lord Shiva.

Jageshwar Dham is a temple complex near Almora, which has 124 small and big temples. These temples are more than 2500 years old and dedicated to Lord Shiva, Lord Vishnu, and other Hindu gods and goddesses. Jageshwar temples have fantastic architecture and stone sculptures. 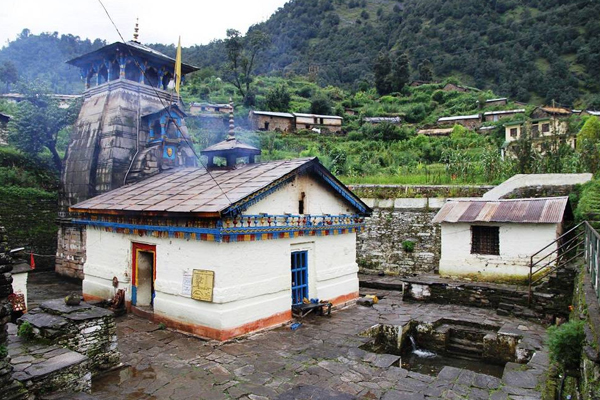 Triyuginarayan Temple is dedicated to Lord Vishnu. The temple is built at the place where Lord Shiva married Goddess Parvati in presence of Lord Vishnu. The eternal flame which is said to burn since the time of the marriage is the main attraction of this temple.

Gopinath Tmeple is a Shiva temple in Gopeshwar. It was built between 9th and 11th century. A 5 meter long metal trident of Lord Shiva is believed to be centuries old, and is still rust-free. The trident was hurled by Lord Shiva when Kamadeva tried to break his meditation.