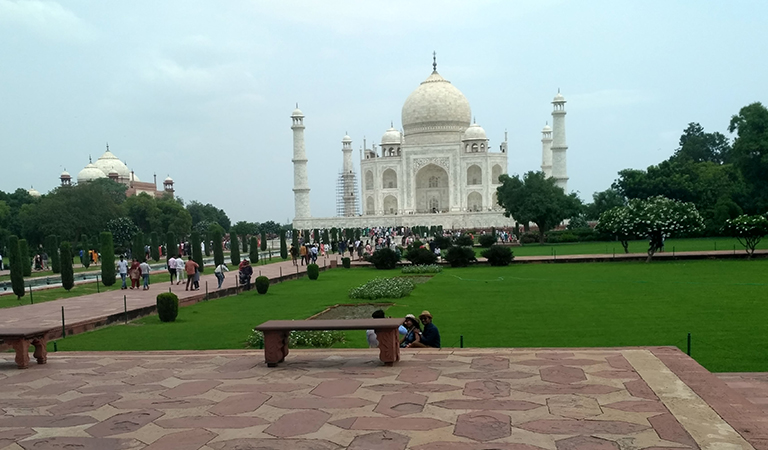 Most of India’s history is buried in Agra. From the age-old origin of the Mughals to India’s own political extravaganza, Agra holds all of it. Apart from it, there are numerous sightseeing options which cater to every tourist’s soul. But we hardly get the scope of exploring Agra because of the other lined-up tour destinations along with it. Thus, Shrine Yatra offers you the opportunity to know everything about India’s rich heritage and culture through the agra tour package. With our delhi agra tour package, you can explore the best of Agra within just a day’s time. The same day delhi agra tour is ideal for those who, despite their busy schedule, want to explore the ancient beauty of Agra.

At Shrine Yatra, we take an immense effort in crafting your one day delhi agra tour package. The trip begins to Agra begins from Delhi by car. You will begin Agra sightseeing with the Sikandra Fort and will continue through Red Fort which is 212 kilometers away from Sikandra Fort and Taj Mahal, 220 kilometers from Red Fort. Later in the evening, you will be dropped back to Delhi via the Yamuna Expressway. The agra tour package from delhi covers the highlights of sightseeing without which, your India tour will be absolutely incomplete.

Agra Tour Package is one of the most travel package which offer you to explore the beauty of “Taj Mahal”. 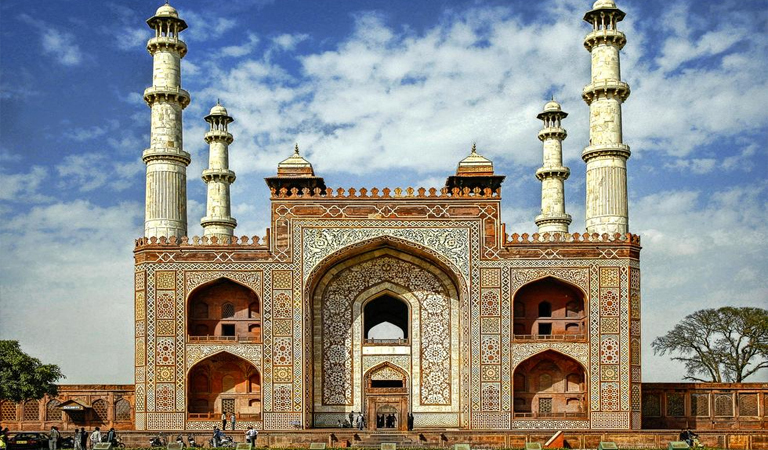 The Sikandra Fort, also known as the Mausoleum of Akbar, Is located in a small town near Agra, at a distance of 10 kilometers. On your visit to Sikandra Fort, you will be able to witness the beautifully engraved tomb of the great Mughal Emperor, Akbar with intricate details. The usage of red-color sandstone and the presence of the huge Buland Darwaza further enhances the richness and grandeur of the tomb. The fort possesses many more details and information which reflects the life and works of Emperor Akbar and his time. It is a perfect example which portrays the amalgamation of the ancient Muslim and Hindu architectures. The Fort remains open every day from sunrise to sunset and l the entry ticket costs Rs. 5 for the Indians while Rs. 100 for foreigners. 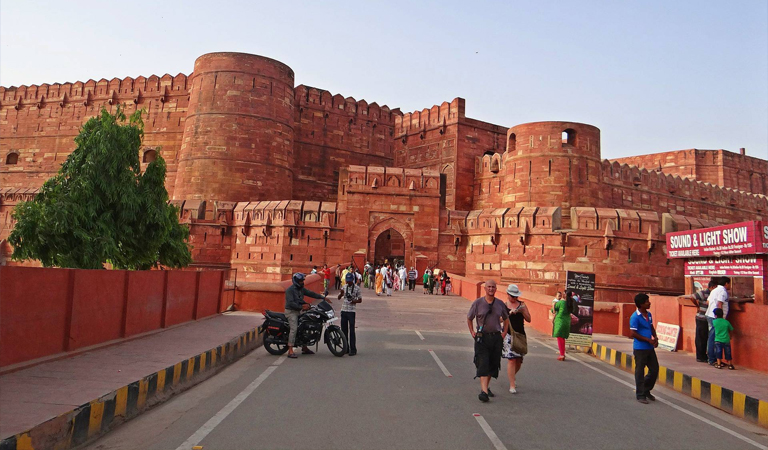 Located in the central position of Delhi near Netaji Subhash Road, Red Fort of Agra Fort is a historic monument built during the reign of Mughals. The monument is built by using red sandstones and thus its name derived. According to the past historical records, it is said that the Mughals used to gather at this place for ceremonial purposes with their guests and acquaintances. Not only is it restricted to the historical grandeur, but you can also spot several interests in the museums and halls which will help you gather information about the Mughal dynasty. You can visit the red fort from 9:30 AM to 4:30 PM every day except Monday. A light and sound show is organize at the Red Fort after 6 PM in two languages, English and Hindi. 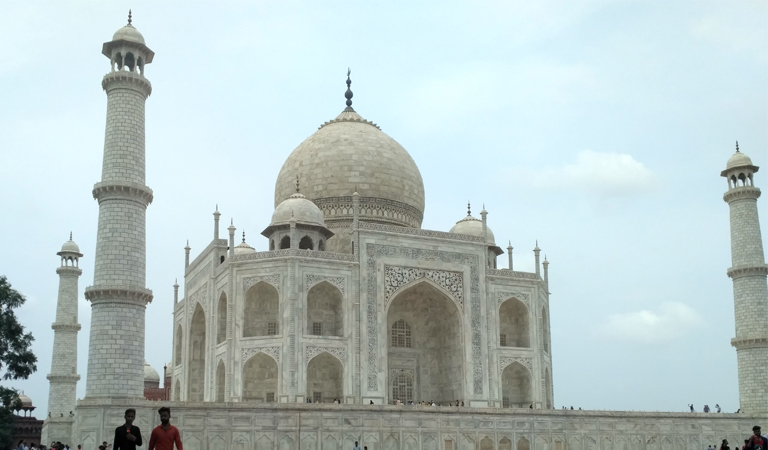 Being one among the Seven Wonders of the world, the Taj Mahal is already very popular among the mass. People from worldwide boundaries visit Taj Mahal to witness the sheer touch of an architectural masterpiece. The magnificent monument, dating back to the 17th century, holds the historical tomb of Mumtaz Mahal. The monument symbolizes Emperor Shah Jahan’s love for his wife Mumtaz Mahal and was built as a memoir after she passed away. According to the records, it took 22 years and 20,000 workers to bring the masterpiece to life.

If you want to witness the grandeur and beauty of Taj Mahal then the best time to visit Taj Mahal is during the months of November to February as the weather remains very pleasant. You can visit Taj Mahal throughout the week from 6 AM to 7 PM except for Friday when it remains close for prayers. It is said that during every full moon night, the beauty of the Taj Mahal reaches an extreme. You can visit two days before the full moon to two days after it, from 8:30 PM to 12:30 PM except for the month of Ramadan.

To enter, you need the Taj Mahal entry ticket from the ticket office near the entry gate which costs Rs. 1,100 for the foreigners and Rs. 50 for the Indians; children below 15 years of age can enter free. The ticket cost is reduced by Rs. 50 for foreigners and Rs. 5 for the Indians if you purchase it online. The foreigners can avail shoe covers, a tourist map of Agra, a bottle of water and cart transport services to the entry gate through their ticket. Moreover, the foreign ticket holders can enter the Taj Mahal before any Indian ticket holders, already in the queue for a ticket. For half an hour night viewing, foreigners need to purchase a ticket of Rs. 750 while, for the Indians, it is Rs. 510. The children age between 3 years to 15 years require a ticket of Rs. 500.

Make sure you purchase the night-viewing tickets for the Taj Mahal in one day advance from the Archaeological Survey of India office on Mall Road within the time span of 10 AM to 6 PM.

No vehicles or transport services are allow within 500 meters of Taj Mahal to restrict pollution. So you either need to walk or you can also hire carts to enter through any of the three gates, South, West, and East.