Places to Visit Near Badrinath Temple 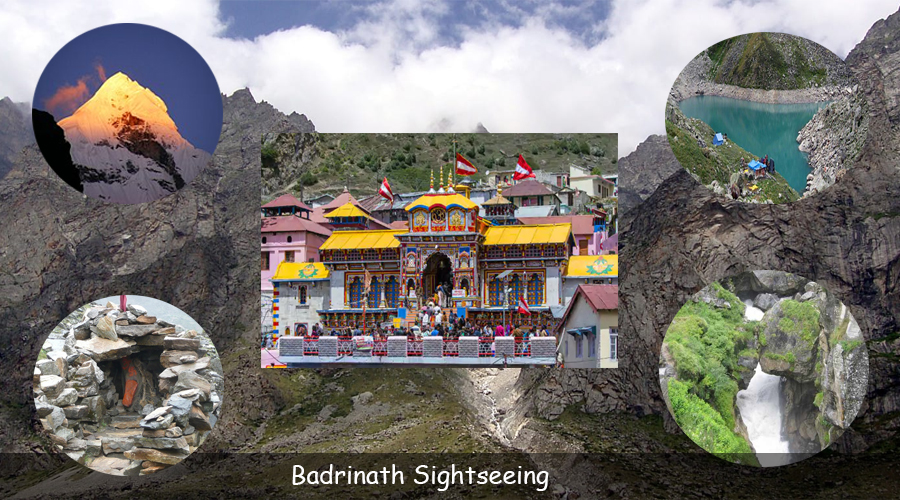 Badrinath Sightseeing offer the religious places of Badrinath is a part of Panch Badri with other fours named as Bhavishya Badri, Yogdhan Badri, Vridha Badri and Adi Badri. This Holy place is located in the Chamoli District of Uttrakhand and at a height of 10,279 above the sea level. When it comes to the matter of visiting Badrinath, the devotees can expect the opening of gates on May 10th, 2019 and the closing of dates on the occasion of Bhaiya Dooj. Apart from the temple premises, there are other places around the temple that can be visited by the tourists.

The peak of Neelkanth lies at the back of the Badrinath Dham having a height of 6600mts above the sea level. It is much famously known as the “Queen of Garhwal”, which is beautified with the snow throughout the year. Certainly, visitors can access till Braaham Kamal region of the Neelkanth Peak.

This is specialized triangular shaped lake, which is beautified with the surrounding snow-covered peaks. The best thing about Satopanth is that it has been named after Brahma, Vishnu and Mahesh. Indeed, the legendary story states that the three presiding dieties of Hinduism tends to take bath in the sarivar on every Ekadashi of Hindu Calendar. It must be noted that tourists are required to obtain permission from the authorities to visit the place.

It is a place of high importance because a dip in the tapt kund before enterig Badrinath is essential. Tapt kund is a naturally formed hot water pool having sulphur spring. This spring is said to be the abode of Fire God named Agni. Certainly, the temperature of the water is 55 degrees that increases in the day time. As the sulphur spring has exceptional medicinal values, taking a dip in the water can cure skin diseases.

This place can be visited to perform Shraadh of the deceased people belonging to devotees coming to Badrinath.

This place is picturesquely located at a mere distance of 3kms from Badinath Temple and had majestic loking wild flowers it has a boulder having footprints of Lord Vishnu and Charan Paduka is considered essential to be visited.

The Narad Kund is located near Tapt Kund. It is the same plavce from where Adi Shankara found the Idol of Lord Vishnu and placed it in Badrinath Dham. However, the hot water springs present here comes out from below the Garur Shila and gets poured into a tank. It is said that a dip in the Kund is essential and can cure many diseases. There are another important kunds with hot water springs having medicinal value – Suraj Kund at Badarinath and Gauri Kund on way to Kedarnath Temple.

The beauty of Vasudhra Waterfalls is beyond explanation. It lies 3kms away from Mana Village, which has been termed as the last village of India. Indeed, the water of the Vasudhara Falls flows down from a whooping height of 400ft. These falls are located at an altitude of 12000ft above the sea level. As per the legends associated with the falls, it turns away from the devotees without a pure heart. Also, the beautiful peaks of Satopanth, Balkum and Chaukhamba.

Much famed as the last village of India, Mana Village lies at China Border and falls only at a distance 3 kms from Badrinath. There is an annual tradition in the village that its residents offer a choli to the presiding deity on the closing day of the temple. The village is full of caves and the story lying behind the caves states that Sage Ved Vyas dictated Mahabharat to Lord Ganesh in one of these caves named as Vyas Gufa.

Vasuki Tal is located at a height of 14,200 ft, which can be accessed by taking a trek of 8kms. In fact, Ganesh Gufa, Vyas Gufa, Bhimpul and Vasudhara Falls lies at a distance of 3 to 6 km from Vasuki Tal. All these important locations are famous for their connection with Hindu mythology and forms an integral part of visit to Badarinath Dham.

The Urvashi temple is dedicated to a beautiful Apsara created by Narayan, who tore his left thigh and created Apsaras from it. Urvashi was the most beautiful of them all, who led the group to Indra for shattering his pride. It is because he sent apsaras from heaven to disturn Nar and Narayan in their Tapasya. So, the pond lying close to Charan Paduka bears the name of Urvashi and has a temple too.

The Bheem Pul was made by Bheem (One of the Five Pandavas) by throwing a big rock over Saraswati River that flows between Nar and Narayan temple to emerse in Alakananda River. He did this to enable Draupadi to walk over it and cross the river easily.

Lying 1.5km away from the Badrinath temple in the lap of Nar Parvat, one can checkout two small seasonal lakes giving impression of Shehnetra (Eyes of Sheshnag). Between these naturally beautiful lakes is a rock with an impression of the legendary snake, Sheshnag.

This is the famous cave where Rishi Ved Vyas wrote Legendary Tale of Mahabharta and recited it to Lord Ganesha, later. Apart from this the devotees can find other caves related to numerous sages like Bheem Gufa, Ganesha Gufa and even Muchakanda Gufa.

Lying at a distance of about 3km from Badrinath temple, Mata Murti Mandir is dedicated to the mother of Lord Badrinath.

These Pancha Dharas have exceptional mythological significance named Prahlad, Bhrigu, Kurma, Urvashi and Indira dhara. The most beautiful of them is the Indira dhara lying at a distance of 1.5km north of the town Badaripuri. Also, the Bhrigu Dhara flows across a number of caves and Urvashi Dhara flows down from Neelkanth Range. Apart from this, the water of Kurma Dhara is quite cold and Prahlad Dhara’s water is lukewarm water, that flows from the rocks of Narayan Parvat.

Lying close to Tapt Kund are five shilas having mythological importance. They are named as Narsimha, Narad, Barah, Garur and Markandeya. According to the legends associated with Narad Shila, the Rishi Narad happened to meditate on the rock for quite a long time.

Lying at a distance of 3km from the North of Mana village, River Saraswati emerges from a lateral glacier. As per the legends to be believed, Goddess Saraswati blessed Rishi Ved Vyas to compose the epic of Mahabharata at Mana. Indeed, the emerses in River Alakananda after touching Vyas Gufa.

When it comes to the matter of visiting Badrinath Dham and the other tourist places falling close, it is importat to plan the vacation wisely as May and June are one of the most crowded months in Badrinath Dham for sure. So, making all the bookings well in advance will save you from chaotic conditions without any doubt.