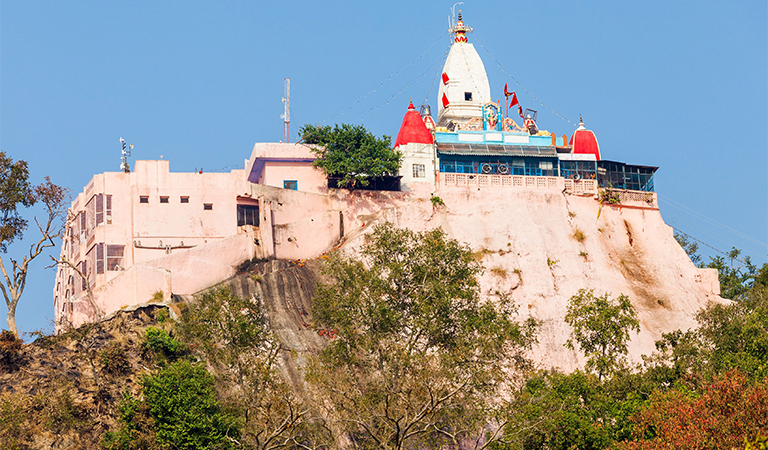 Revered as the holiest shrine of North India, Haridwar is counted amongst one of the most popular pilgrimage sites. The mythological land of Gods and Goddesses, Locate in the foothills of the Himalayas, is replete with ancient temples and ashrams which serve as a major sightseeing option. Pilgrims from all over the world, visit Haridwar to explore its religious abundance and delve into its spiritual fervor. However, if you want to get the best of Haridwar, you need to first know about the best places to visit in Haridwar.

12 Most Places to Visit in Haridwar

You cannot miss out on Har Ki Pauri when you are in the mythical land. The major attraction here is the footsteps of Lord Vishnu which is exactly where the Ganges leaves the mountains and exits to the plains. Moreover, you can also witness the enchanting site of evening aarti. The popular Shravan Yatra leads the devotees here, where they take holy dips. Due to the sacristy of the place, the Kumbh Mela is also organized.

The ashram, 6.1 km away from Har Ki Pauri, has been built in the memory of Ma Anandamayi, who was a popular spiritual personality. You can take a walk from the ghats of Haridwar to the Ashram. Explore a number of popular premises in the complex of the Ashram, like Gayatri Yagna Shala, Ati Rudra Yagna Shala, Rudraksha Tree, and Sankaracharya Hall.

Mansa Devi Temple is the close attraction of “Har Ki Pauri”. It forms a part of the popular Sidhpeeth in Haridwar, along with Chandi Devi Temple and Maya Devi Temple. The temple is dedicated to Maa Mansa, who is believed to be a popular mythological figure and a personification of Shakti. Due to its location at the top of the Bilwa Parvat, you can enjoy a bird’s eye view of the whole city.

Daksh Mahadev is in the Kankhal colony of Haridwar. Known to be the shrine of Lord Shiva is located at a distance of 5.2 km from the Har Ki Pauri. It is a major attraction site during the holy month of Shravan and devotees come here to seek longevity of life. The temple was built in the name of King Daksha, who happens to be the father of Sati, Lord Shiva’s wife.

The multi-storied building, at the distance of 3.6 km, has been built in the past as a tribute to Mother India. Established by Indira Gandhi, it was built as a symbol of respect to the patriots and brave soldiers. The eight-storey building has every storey dedicated to several legends and deities which are worth a watch.

Maya Devi Temple, one of the popular Sidhpeeths in Haridwar. Here is Goddess Maya who is an incarnation of Goddess Shakti on Earth. It believes that the heart and navel of Goddess Sati fell in this place. It is regarded as a very sacred place and devotees gather here during the fair of Navratra.

The quaint area features a temple amidst the woods and serves as a major tourist attraction. The temple is dedicated to Lord Shiva and is known to have great religious importance. Thus, devotees from all over the world, visit the temple to delve into its spiritual abundity

The white-marble temple features architectural finesse and preserves the ancient authenticity of the country. The holy shrine is dedicated to Lord Rama and Sita, with Hanumana. It is a great place to calm your soul with some religious sanctity.

Sureshwari Devi Temple is the distance of 3.5 km from Har Ki Pauri. Goddess Durga offers a serene abode for the saints and religious preachers. It regards huge religious significance which makes thousands of devotees flock every year. Moreover, abundant nature and scenic views make it an ideal place for nature lovers.

Counted among one of the most religious places to visit in Haridwar, the temple of Lord Shiva and Goddess Gauri, It is close to Har Ki Pauri. Besides its abundant religious significance, the temple also has to offer a tranquil ambience to the tourists.

Haridwar is not only about temples and ashrams but for those too, who want to spend some time amidst nature, watching the beautiful migratory birds. It is close proximity to the Chandi Devi Temple, 1.7 km from Har Ki Pauri, the nature park serves as a great tourism option for the tourists. However, as the major attraction of the place is to look for migratory birds, it is most crowded during the winter months.

The hub of spiritual and religious myths, visit thousands of devotees every year and has also witnessed the footsteps of eminent celebrities. The devotional centre works towards the preservation of cultural ethnicity and aims to enlighten the mass with the power of religious thoughts.