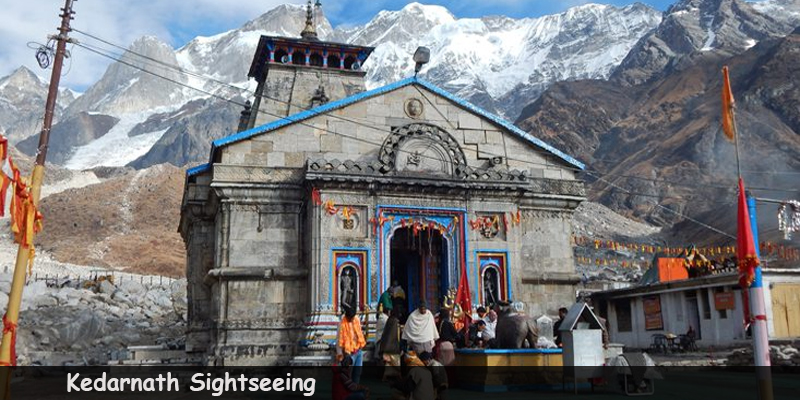 Kedarnath in Rudraprayag district of Uttrakhand is famous for religious atmosphere as the place is worshipped as Meditation Spot of Lord Shiva. Apart from the main temple complex, Kedarnath Dham is surrounded by numerous picturesque sightseeing options that can be added to the trip without a doubt. Basically, Kedarnath lies in the lap of mesmerizing nature, offering lush green views of the valleys.

Places to Visit In and Around Kedarnath

It is a lake situated at a height of 4135 meters above the sea level that offers beautiful views of Chaukhamba Peaks. This can be considered as an ideal range for trekkers to climb up. In fact, one can check out Vasuki and Chaturangi Glaciers on the way to Vasuki Tal.

Lying at a distance of about 40kms from Kedarnath temple, Agastyamuni is a temple dedicated to Rishi or Sage Agastya. This temple is considered to be one of his meditation points and stands as a perfect example of grandeur in terms of architecture. Its interiors with wall arts is a delight to the eyes.

It is a beautiful small lake having crystal clear water and also known as Chaurabari Tal. The reason for such a name is that the lake is positioned adjacent to Chorabari Bamak Glacier, at the foot of Kedarnath and Kirti Stambh Peak.

Falling on the way to Kedarnath Dham, Sonaprayag is a place having tremendous religious importance. The literal meaning of Prayag is Confluence. Indeed, the place lies at a confluence of two Holy Rivers by the name of Mandakini and Basuki.

Lying at a trekking distance of 16kms from Kedarnath towards its back, Shankaracharya Samadhi is extensively important. It is the Samadhi of Ad Shankaraharya, who developed Kedarnath as a Hindu Pilgrimage Centre.