The Stairs of Heaven are Hidden in Uttarakhand, Do You Know About Them?

The Stairs of Heaven are Hidden in Uttarakhand, Do You Know About Them? 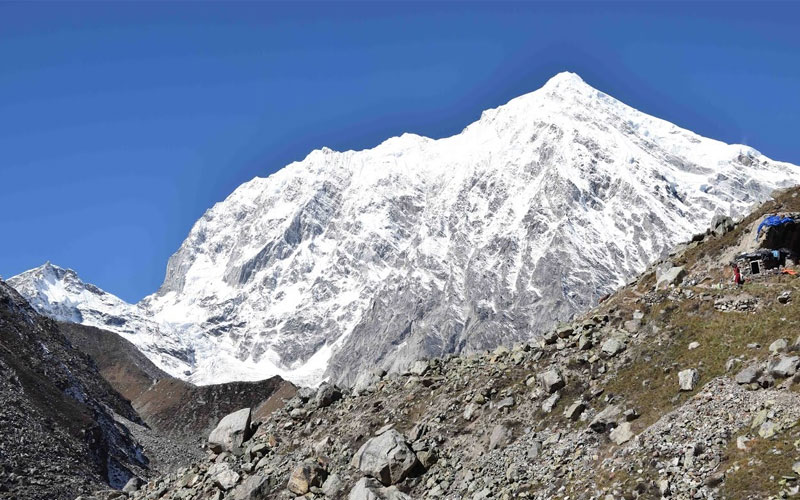 If you are interested in history, then wherever you go in India, you will find such strange tales of history that will make you think. Every mountain, every mountain, and every river has stories associated with it. And if we talk about roaming in Dev Bhoomi Uttarakhand, then there is no end to interesting stories here.

One such funny and interesting story set in the lap of the mountains is that of the stairs of heaven! You must have often seen documentaries about this story on news channels. I was never particularly interested in this place, but my mind changed when I decided to give a new twist to my trip during my trip to the Valley of Flowers in Garhwal and go to Badrinath. I have seen and visited these mythological places closely. Heard interesting stories related to this from the people of Mana village, this is the village from where the Swargarihini and Satopanth lake trek begins.

What is the Story of the Stairs to Heaven?

Mahaprathnika Parva, the 17th chapter of the 18 chapters of the Mahabharata, states that after the battle of Kurukshetra, the five Pandava brothers took sannyasa with their wife Draupadi and left the palace and the kingdom, and went for penance. This journey of penance brought him between the mountains of the Himalayas. While moving towards heaven and on this last journey, everyone started getting the fruits of their actions one by one. Draupadi died first. His fault was his love for Arjuna more than the rest. Sahadeva could not complete this journey and was killed because he was too proud of his knowledge. After this Nakula and Arjun died, the reason for which was also their pride. Then came Bhima’s turn and his fault was his greed.

This long journey took the Pandavas to the lap of the Himalayas, but everyone died one by one except Yudhishthira. It is believed that Yudhishthira climbed the stairs of heaven here with hidden religion in the disguise of a dog. It is also told in this part of Mahabharata that without leaving the human body, this is the way to Swargarohini from where you can go to heaven.

If you come to Badrinath in the month of June and August, you will find many such sages who travel from Badrinath to Satopanth and Swargarohini. It is believed that this journey to Satopanth Lake is a journey to the path of truth in the real sense. The journey up to Swargarohini is believed to be equivalent to walking on the path to heaven. All the Hindu pilgrims who come here believe that with a human body, if you can go to heaven from anywhere in the whole earth, then it is the path of the Swargarohini glacier. 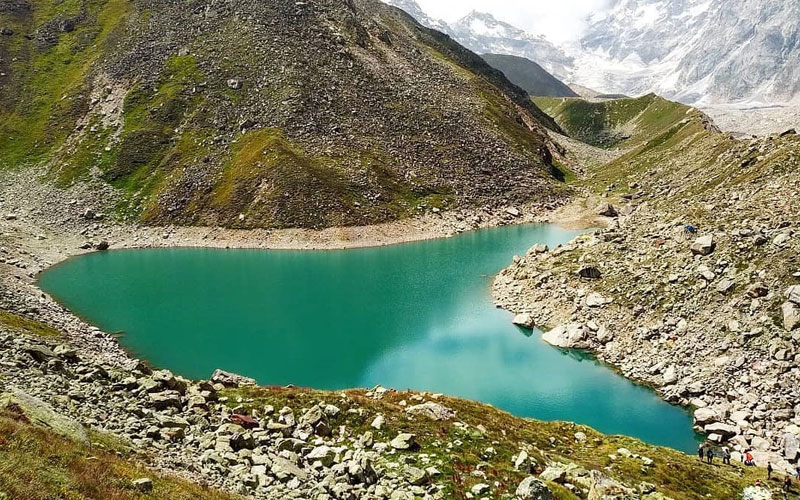 After a grand worship at Badrinath Dham early in the morning, all the sages start their journey from here. Mana village is at a distance of 4 km from Badrinath. This village is the last village on this path where you will find human civilization. This village is also the last village on the Indo-China border. There are many places to stop for the devotees on the way like Nag-Nagini Temple, Bhrigu Gufa and Mata Murti Temple which is dedicated to the wife of the God of Dharma. If you walk along with Alaknanda, then on this path comes Anandvan. Seeing the views here and the green trees and grasslands far and wide, you will realize why this place is called Anand-van. Vasundhara Falls is a short distance away from here. Although there are tales and stories about all the stops along this route, an interesting story about Vasundhara is quite famous. People believe that the water of Vasundhara does not fall on the head of any guilty or sinner.

Travelers reach Sahastradhara after walking a short distance from Lakshmi Van the next day. Falling from a mound of granite, this waterfall really touches the mind. Another brother of the Pandavas, Sahadeva, died here. From this place, the surrounding views become even more beautiful. If you look on the map, you will be on the hill right behind Kedarnath at this time. The next place in this journey is the Chakratirtha Caves. Many people also like to spend the night here but if you can walk then there is Satopanth lake at some distance from here and it is better to spend the night there. There are many tales about Satopanth Lake, but it is also the place where Bhima took his last breath. Tourists come here and spend the night in the huts of saints. Some people find caves or build tents for themselves.

After spending a day in Satopanth Lake, people go ahead and visit Swargarohini Glacier. Most of the travelers go back from the Satopanth itself, but on this path further Swargarohini is clearly visible after seeing Chandra Kund and Surya Kund. The step-like shape of this glacier is considered to be the seven steps of heaven. However, due to fog and snow, not more than three steps are visible at any given time.

How Can You Do This Journey?

There are many such treks around Badrinath where people go even today. The Valley of Flowers and Hemkund Sahib are crowded with people, but few people know that trekking can also be done from Badrinath to Vasundhara Falls, Satopanth Lake and Swargarohini Glacier. For this, on reaching Badrinath, you can talk to the tracking agency present there. There are many trekking agencies that can take you on this journey.